The monsoon season in India has been very intense the past few months, so much so that it has even broken records. It’s had its effect on the current pomegranate harvest, but will be positive for the future harvests starting in January.

The pomegranate harvest in India goes on year round, but there are spikes in the season. From July to September, the heavy monsoon season starts, which usually starts slowing down in October. This year though, the heavy rains are still in full swing, says Kaushal Khakhar, CEO of Indian exporting company Kay Bee Exports. 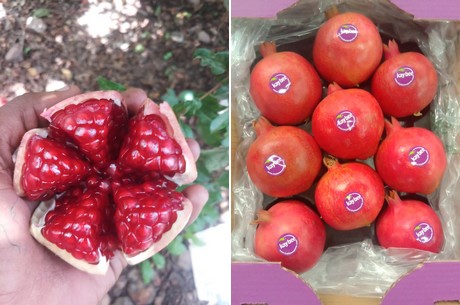 “The rainy season has been a bit unusual. The monsoon season has been so extreme, that records have been broken in terms of amount of rain fallen. These rains have forced the growers to protect their farms by utilization of more plant protection products. It’s also had a negative effect on the supply for the month of December, which is when we start sending preliminary volumes to Europe. It will be challenging to meet demand in the early weeks due to the damaged produce, but there’s also good news! The rains have been so good that we expect the harvest in January, February and March to be abundant. This year, we are expecting a significant contribution from our own company farms, which are all Global GAP certified. We will have a lot of fresh plantations of ours start supplies this winter. We expect a total of 200+ acres to yield harvest this year. ”

Normally, the pomegranate season would slow down in April and May, as the color of the fruits is not very appealing during this time. Thanks to the heavy rains though, this will not be the case this year and the peak of the season should be extended to last through May.
The main markets for the pomegranates from India are the Middle-east, Europe and South east Asia. “We send about 3 to 4 containers of the pomegranates on a weekly basis for 20 to 25 weeks. We’ve recently had the Diwali festival in India, which is the largest festival in the country. This had it’s effect on demand, as people offer fruit to the Gods during this time. This caused the prices of pomegranates to go up for a while, but the situation is currently normalizing,” Khakhar stated. 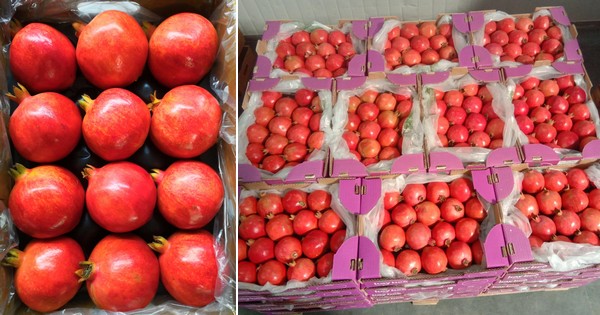 “The pomegranates from India, specifically the Bhagwa variety, are known to have the best eating quality of the world. However this is something the end consumer doesn’t know, which is something we need to change if we’re going to increase our market share. Despite the great quality of the pomegranates, it’s very hard for us to sell our pomegranates at times when other pomegranate producing countries make their produce available for a cheaper price.” Khakhar said. “For Kay Bee Exports, the goal is to expand our markets and product range, as we’re a multi-product company. We also export mangoes in terms of fruits and have a variety of vegetables to offer. I would love to see us expand our markets and expand our produce at the same time. We’d also love to return to the US market with our pomegranate arils. We’re not able to export them to the US due to temporary USDA restrictions but we have hopes that this will be resolved soon.”