As New Zealand’s asparagus season reaches its peak, the purple variety is proving to be a real hit, according to the New Zealand Asparagus Council.

Business manager Karen Orr says the feedback from consumers has been positive in both in terms of its striking colour, and sweet taste eaten raw.

“Many leading restaurants have been showcasing asparagus on their seasonal menus which looks and tastes amazing,” Ms Orr said. “Of course now it’s getting warmer you can’t beat green asparagus grilled on the barbeque. Now’s the perfect time to enjoy the fresh taste of New Zealand grown asparagus. It has a short season and it’s at its best now. After December it will be for gone for another season.” 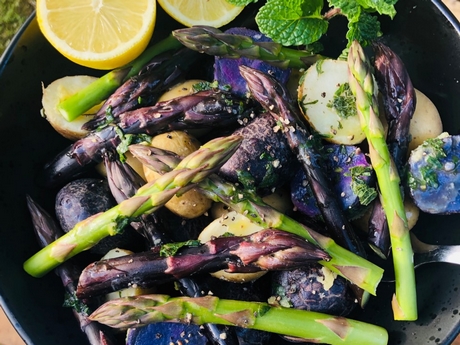 Overall, the industry is expecting similar volumes in 2019 to the last couple of years due to quite a cold and wet start to the season in September-October.

“It’s been great to have some warmer temperatures recently and a resulting lift in yield,” Ms Orr said. “Quality has been holding up okay this season, despite the variable temperatures. Demand has been pretty strong driven by lower volumes September-October, although that may change as yields increase now.”

Fresh New Zealand asparagus is in high demand domestically with about 95 per cent sold to the local market, and the remainder exported. Ms Orr admits that there’s definitely potential for export to increase, but grower returns need to be at a level to justify the costs required to invest in the export market.

“It’s not a short term thing,” she says. “Competition from countries with cheap labour supply has been increasing over recent years so until we have more automation in harvesting and packing it’s difficult to compete. A lot of people don’t realise that asparagus is harvested by hand so is incredibly labour intensive. Key markets for NZ are countries we can access effectively by air freight such as Asia.”

The industry is encouraging consumers to eat more asparagus, as part of the daily vegetable in take, as it is a great source of dietary fibre and folate, a source of a range of vitamins - and a powerful detoxifying compound that can help to break down carcinogens. 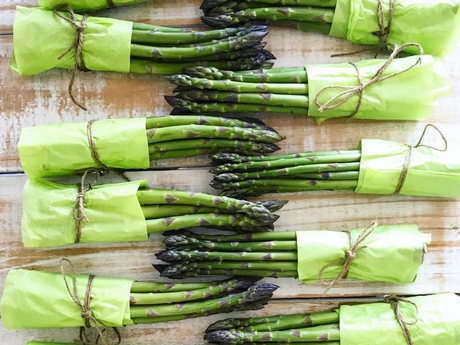 “There’s been very little growth over recent years,” Ms Orr said. “There’s been a contraction in the numbers of growers due to increasing costs that growers face year on year without a subsequent rise in the returns to growers.”