No. 1 preferred apple for taste, texture and appearance

This year marks the 10th year of Envy™ being on the market. After decades of research, the premium apple variety was first brought to market in New Zealand. That same year, T&G Global, owner of the Envy™ brand, began distributing the apple variety in the US. Now, it is grown under T&G’s license by select growers in Washington State and Oppy is one the marketing partners. Domestic production has resulted in year-round supplies of Envy to the North American market.

Little overlap between New Zealand and North America
“We finished a successful New Zealand import campaign,” says Roger Aguirre, Apple Category Director for Oppy. There was very little overlap between the New Zealand season and the US season that has just started. “When it comes to the US, Washington’s 2019/2020 Envy crop is looking very promising,” Aguirre said. “Volumes as well as sizing profile are great.” 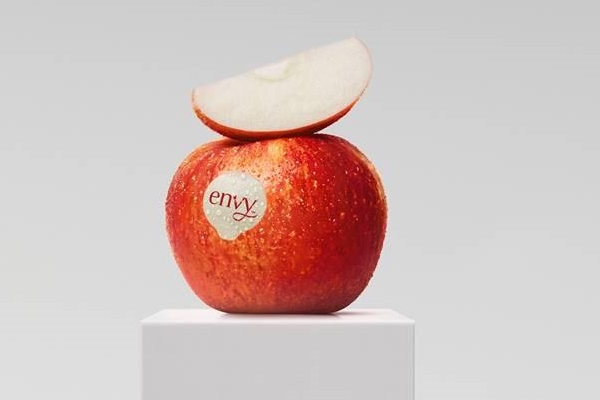 Favored for consistency
“Outside Oceania, Envy has been very well accepted by retailers in North America and Asia,” shared Aguirre. “They like the consistency this apple offers throughout the world.” The results of recent independent sensory testing revealed that the Envy apple ranked number 1 for taste, texture and appearance after being tested against Honeycrisp, Cosmic Crisp, Fuji, Gala, Ambrosia and JAZZ. According to respondents, Envy has a balanced taste: sweet and fruity. Its texture emerged as the most crisp, firm and juicy.

“Envy is the number 2 apple in the category for YOY-dollar-and-volume gains, with only near 5 percent of the premium apples segment. “We are working on attractive displays and promotions for the season as we believe that will help in an even better performance,” says Cecilia Flores Paez with T&G Global. 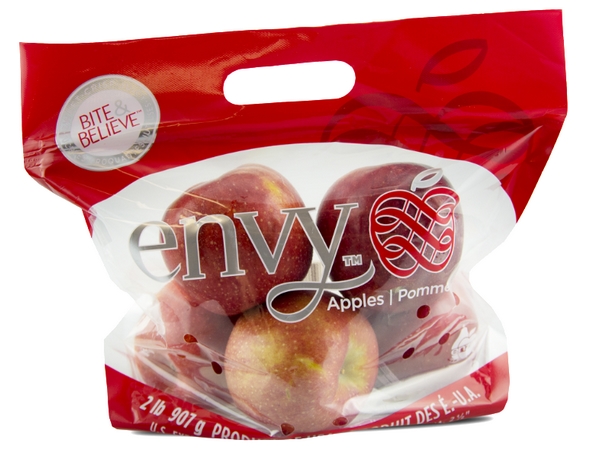 To support demand for Envy, domestic conventional volume is expected to increase almost 40 percent this year while organic volumes are expected to grow by more than 50 percent. Outside New Zealand and the US, Envy is grown in Chile, Asia, the UK, France and Australia. In the US, it is marketed by Oppy, CMI Orchards and Rainier Fruit Company.