Michigan will continue to harvest beets until the ground is frozen

Supplies of beets in the Michigan region are coming in steadily.

“There are a fair amount of beets available right now,” says Jordan Bremer of Victory Farms in Hudsonville, Mi.

He notes that harvest got a slightly later start this year—usually it begins in July but this year it started in August—and Michigan is still harvesting product and will continue to do so until the ground is frozen.

Meanwhile demand for beets is relatively average for this time of year. “I don’t see anything out of the ordinary. Demand for beets picks up as the winter months come on as opposed to the summer,” he says. “But the Candy Cane beets and Golden Beets are definitely increasing in popularity. It’s such a small increase in demand though so I don’t think it affects the red beet supply or demand.” 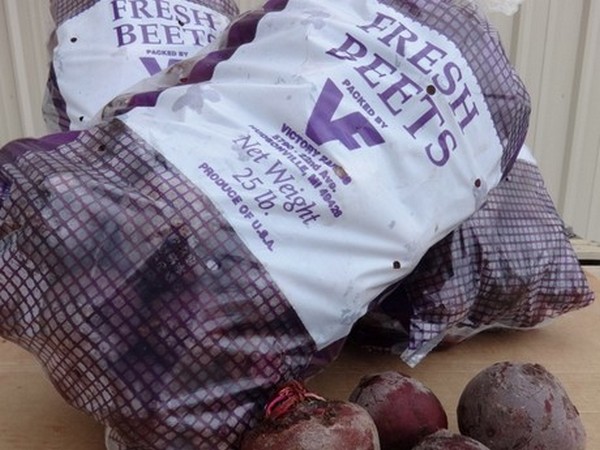 Cross-border competition
In terms of regions competing with Michigan, Bremer notes that competition largely comes from growers in Canada.

All of this puts pricing at average currently for beets. “It’s similar to pricing at this time last year. Overall I’d say beet pricing is generally fairly stable,” he says. “Our highest pricing comes in the spring months when the Midwest starts to run out of their own product and want to ship them in. That’s when pricing goes up. Now while there’s a strong supply, the price is very average.”