After a challenging summer with coconut supplies, volume seems to have steadied out again.

“Supplies of coconuts are much better now. There was a drought over the summer and coconuts were in very short supply until late September,” says Alan Goldberg of A&B Tropical Produce in Miami, Florida.

He notes that most of the commercial coconuts come in from the Dominican Republic. “There’s usually a normal shortage of coconuts at that time of the year, but this year for some reason, the shortage was worse and much more prolonged. We actually went about four weeks without receiving any product which is unusual because coconuts are usually so plentiful,” says Goldberg. “We import them 52 weeks a year and normally with very little interruption so that was a big change. It was mainly due to the drought.”

October marked a turn with supplies picking up again and Goldberg says A&B is at normal capacity for coconuts right now. Supplies look similar in volume to this time last year. Along with the Dominican Republic supplying coconuts, Costa Rica and Guyana are also shipping the fruit. “But it’s very small amount compared to what’s brought in as a whole,” says Goldberg. 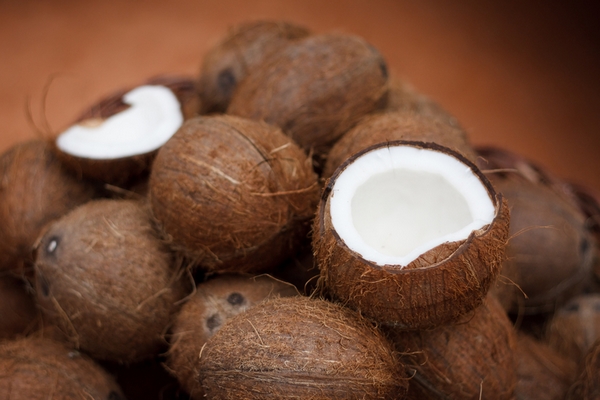 As for pricing, it’s still seeing a hangover from the summer shortage. “It’s higher than normal. Prices have been slow to get back to where they were pre-shortage,” says Goldberg. “But they’re inching their way back and I think it’s just a matter of time before they’re right back where they were. They are still significantly higher than they were at this time last year.”

Looking ahead, even as demand picks up over the holidays for coconuts, pricing is likely to drop a little more. “It’s not unusual for the price to go unchanged for 3-4 months at a time,” says Goldberg, adding that they’re expected to stablize for a good spell after the holidays.