"The grape market is not as good as last year, but is still satisfying."

Grape importers are experiencing a rather difficult season this year: Since the season opener, oversupply and corresponding low prices have been determining the events. Nevertheless, there is no question of a catastrophic sales year, says Fred Ringwald of the Black Forest company of the same name. He buys his premium grapes exclusively from the Spanish growing areas: "The grape market is not as good as last year, but it is still satisfying." 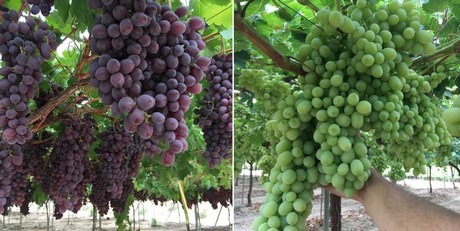 The experienced fruit importer has been distributing grapes of the Spanish Anabella brand exclusively for 20 years. Apart from Crimsons, predominantly seedless Itum grapes are being traded. "These grapes are called Ana and are available in different sub varieties. The variety is characterized by large, sweet and crunchy fruits. The last few years, the Ana 7 is very much on the rise," says Ringwald. The latest step in Spanish cultivation is the cultivation of grape varieties that are fungus resistant and therefore reach maturity without the use of pesticides.

Seedless grapes until the end of the year
At the moment, a lot of grapes are flooding or flooding the European market, whether from Italy, Spain, Turkey or Greece. Above all, however, the relatively lower-priced products that enter the international market, especially in Germany, are on the market. This is especially for the specialized importers in the field of premium table grapes disadvantageous, confirmed Ringwald, as the food retail usually gives favorable to the taste preference. "The Italians who want to market the premium grapes have the same problem as us. The best is difficult to market. Nevertheless, we anticipate a better sales volume for the Spanish premium product in November and December, especially since other origins have mostly disappeared and the Spaniards usually will be able to supply high-quality, seedless grapes by the end of the year, weather permitting." 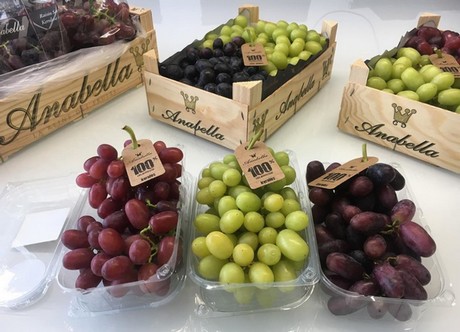 Anabella grapes are sold primarily in biodegradable plastic. The company Ringwald sells the goods either in 4.5 kg boxes or in 2kg units for C + C markets. Likewise, the goods end up in 500g trays in German food retail.

Less citrus available
Parallel to the current grape season, the citrus season has also started for the Spanish farmers. It may become a good season, says Ringwald. "There is already talk of a reduction in volume of 18 percent compared to the previous year. This hopefully means less price pressure. The offers were very manageable so far. Because of the warmer nights, the fruit color was coming on nicely. I assume that the volumes of all citrus varieties will not pick up until the beginning of November."