Chillier Wisconsin temperatures may have affected 2019-2020 supplies of cranberries.

“As a whole, it looks like the industry is down this year. We’re set for our orders but in Wisconsin at least, cranberries seem to be down,” says Kevin Tritz of Twin Lake Cranberry in Vesper, Wisc. “The weather had a late start and that had the biggest impact. It was too cold for too long into the year so it ended up being a later start than usual. Then we didn’t get the nice heat to help them size when we needed it. It cooled down kind of early.”

For the most part, harvest has largely wrapped up in Wisconsin, whose primary competing regions are Massachusetts and also Quebec, Canada. Picking begins as early as the middle of September and usually wraps up at the end of October. “We have run into November in the past but sometimes you’re looking at your cranberries under ice and hoping it’s going to thaw,” says Tritz.

Meanwhile demand is up for cranberries, notes Tritz. “The cold weather has brought in a lot more orders than usual. People are thinking more about fall items and our sales are up,” says Tritz. “As a whole though, I’ve heard contradictory information from others. So not everybody’s up.” 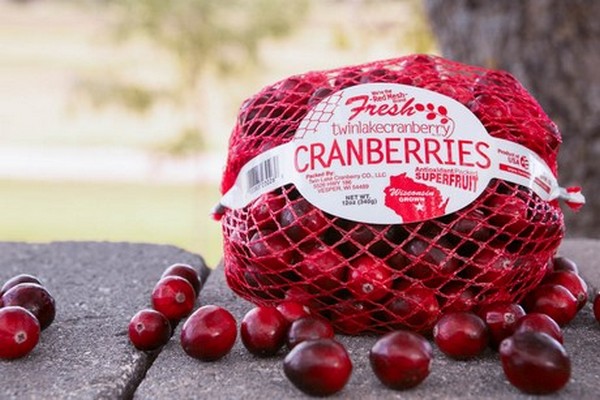 Changes in packaging
Of particular interest to retailers and consumers is cranberries packaged in mesh, which Twin Lake moved to a few years back. “We’ve grown in sales on the mesh side by 20 percent,” says Tritz. “It takes consumers a little while to move away from the poly package. But we found putting mesh and poly side by side, after a couple of years, they’ve turned towards the mesh.”

As for pricing, Tritz describes pricing as similar to where it’s been in the past few years. “It’s not going up and thankfully it’s not going down anymore,” says Tritz. “Ten to 15 years ago, the price was higher than it is now. But it seems to have stabilized after a number of years going down.” Price also used to fluctuate somewhat with the cranberry-related holidays such as Thanksgiving and Christmas, but that too is a thing of the past.

Looking ahead, Tritz notes that Twin Lake has recently planted an early variety of cranberry. “It will come online in 2021—it takes three years before you get your first crop,” he says. “But then we’ll have our earliest varieties all together.”