Northern cabbage industry is pleased about this year's harvest & marketing

"Dithmarschen region is doing great at the moment"

Climate change and the ensuing loss of crops made things extremely hard for Dithmar's cabbage sector for the past two years. "However, this year, the region has really gotten off the mark and we have normal stocks. I would therefore speak of a good or slightly above-average red and white cabbage harvest," says Matthias Bartels of the Freshfield trading company.

The last marketing phase of the stocks was particularly high priced with kilo prices of up to €0.90. In June and July, there was a lack of rainfall on the Dithmarscher fields, which is why it was assumed that the price of the new harvest would also be high. However, from late July to early August, this situation somewhat normalized. The early white cabbages were still marketed at €0.40 / kg, though. "After that, we had a lot of rainfall, which is why the yields have grown again to 100 percent," said Bartels. 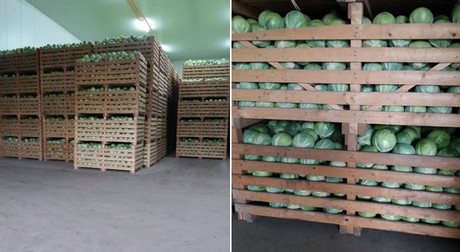 The food retail trade was still rather reserved at the beginning of September. From week 39 on, sales nevertheless accelerated rapidly, in line with the steady drop in prices.

At the moment when the first cabbages are stored, more and more Dithmarscher producers bring their goods on the market. This traditionally leads to a significant drop in prices, Bartels knows. Large caliber vegetables are sold at €0.08 / kg; the producer prices for export are €0.12 / kg and packaged goods for food retail will go for €0.15-0.20 / kg, depending on the size. Bartels: "Sales are pretty good, but not exceptional. Because of the bad harvest forecast in Poland, we had hoped to export goods to the local markets. Currently, however, only the existing export contracts are covered. As of January, the Czech Republic will also look for goods in Germany that it otherwise gets from Poland. I also see good export opportunities in Hungary and Poland."

Red cabbage: Sales peak in lead up to Christmas
With regard to red cabbage, on the other hand, there is a completely different marketing situation. This vegetable remains more of a niche article: "The red cabbage has a sales peak every year in December, say until Christmas. Nonetheless, at the present time, sales are really quite strong, especially on the fresh markets," Bartels points out. 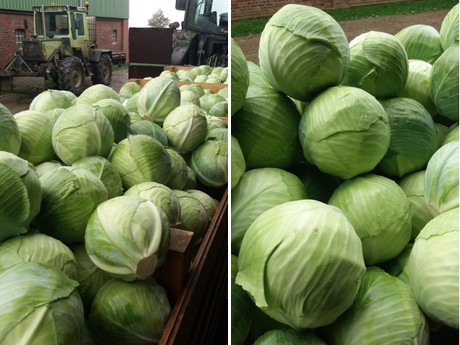 Oxheart cabbage: Weak pricing in autumn
Besides white cabbage and red cabbage, the major supplier also uses other cabbage products, such as oxheart cabbage. In this area, prices have been rather weak so far, confirms Bartels on demand. "Oxheart cabbage production is currently at a point where there is always too much supply on the market. Many open field stocks are now cleared - I expect that the prices will go up again in about three to four weeks, as soon as the first 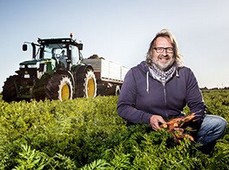 stored goods are delivered from the cold stores. But at that time, we're out of that business."

Savoy cabbage: Very good quality, low current prices
The savoy cabbage has rarely seen a good year such as this one, because of the optimal weather conditions. Bartels even speaks of an exceptional product quality: "Unfortunately, the producer prices were continuously in the low range: We started at €0.45 / kg and are now at €0.35 / kg." The savoy cabbage only plays a minor role in the Dithmarscher cultivation  - most of the production will be brought to the market by December to close the supply gap on the Baltic islands. "We will be able to harvest savoy cabbage until week 48, after which we will offer stored goods until the first week of December."