Export packouts could be affected, but dam levels were bolstered

Rain over much of the southwestern Cape, plus snow on some mountain peaks, has caused some ice rain damage on apples and nectarines in mountainous areas plus difficulty reaching Brix export levels among some stonefruit producers, but overall the effect of the rain has been more positive than negative, growers say.

Dam levels have risen to comforting levels (83% average dam storage levels) and some of the agricultural water schemes were re-opened for a day or two to release excess water in tributaries.

Rain and snow this time of year in the Cape is not really unusual, growers say, but hereafter they don’t expect much more rain. It’s been an average rain season, sufficient to get through the summer’s dry months. 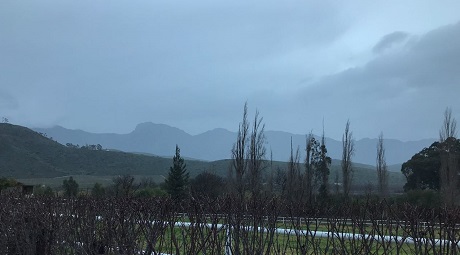 “We expected to see damage on our fruit after the rain but we were amazed - our ripe fruit suffered very little damage,“ he says. “The newer varieties of peaches and nectarines have been bred to be more resistant to damage like rot or inking. Fifteen years ago we might have had more rain damage.”

Growers remain cautious regarding diseases like brown rot (on stonefruit) and mildew (on grapes) under these conditions.

Around two days of picking were lost on the current stonefruit harvest, much of which is also under net these days. Some growers tell FreshPlaza that nets, even if originally intended to shield against wind or sun, have provided significant protection against the rain on harvest-ripe fruit.

The earliest peach and nectarine areas are already finishing in two weeks, but the bulk of stonefruit, plums included, come in from December to March.

More thinning out required on grapes and other fruit
Increased incidences of russetting on pears and damage to apples, especially from areas like the Witzenberg and the Schurveberg, might have an impact on export packouts.

“Everyone will have to be that much more vigilant when thinning out and in the packhouse,” says a technical advisor. “It’s a bit tense. Everything will now have to be done with a bit more rigour.”

Increased thinning out of malformed and damaged fruit translates to substantial additional labour costs for the producer.

Grape farmers are similarly going to have to pay extra attention to thinning out on particularly the mid-season and late season grapes. Fewer grapes than normal were abscised during the cool weather, resulting in too many berries developing on bunches that could then be too tightly packed.

Plum crop estimate perhaps adjusted downwards
Plums have had a less than ideal flowering and fruit set, due to high temperatures, with some marks on young fruit in some blocks. Some in the industry expect that the plum estimate could be adjusted downwards.

The first estimate set the plum crop at an 15% increase over last year, at 10.15 million equivalent 5.25kg cartons. 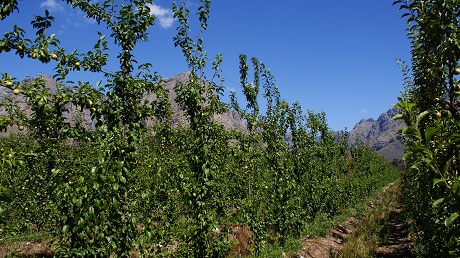 “Apricot volumes much, much lower”
In the Klein-Karoo the apricot harvest has started but the parched region received little to no rain. Klein-Karoo apricot volumes are by necessity down; there are blocks on which not a single fruit could be harvested this year.

“The packhouse is much quieter than in previous years. Apricot volumes are much, much lower than before,” says a packhouse manager. “It’s not a good season. It’s really tough.”

As if the reduced volumes aren’t enough, he says, the constant temperature fluctuations between hot and cold temperatures haven’t been great for sugar development.