After a good summer season, the pineapple market has completely crashed

Following a satisfactory summer, the pineapple market completely disintegrated in September. Demand lagged due to far too much supply on the market. As a result, by midway through September, prices had fallen by half. Pineapple acreage in Costa Rica, which is the pineapple market leader, is still expanding. Columbia is, however, working hard at becoming a major supplier. Hagé International and the Jupiter Group both gave their opinion of the current pineapple market. 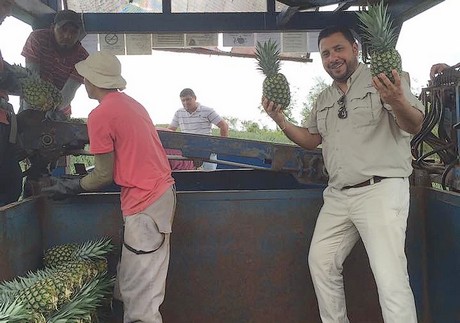 “There is currently a huge surplus of pineapples, but very little demand. About three weeks ago, the entire Dutch pineapple market collapsed completely,” says Frank Ocampo of Hagé International. “We have gone from an excellent summer with good prices between mid-June and mid-September. We were easily getting €10 per box."

"But, from one week to the next, the market crashed, and prices for the main sizes halved. I do, however, expect the market to recover soon. But, at the moment, many fortune-hunters import pineapple with no basic program in place. The results in it costing huge amounts of money because it causes prices to drop. Everything we sell for under €8 is a write-off.”

According to the Jupiter Group’s Hugo Vermeulen,“High prices in the USA resulted in smaller shelf space availability for pineapples in US retail stores. This means that sales have reduced in this important market which has shifted focus from Costa Rica to the European market, having a negative effect on the market situation. We have, however, noticed that the American market is currently recovering. We expect the European circumstances to
improve from week 43.” 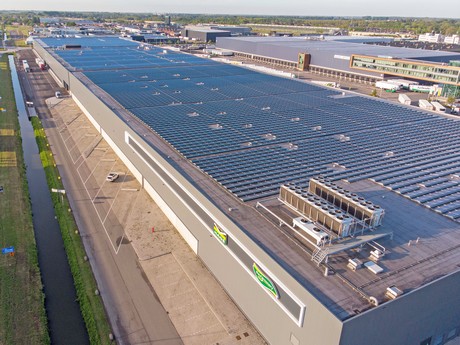 Costa Rica: pineapple market leader
Costa Rica is still regarded as the undisputed market leader when it comes to pineapples. Recently, however, the pineapple acreage in Columbia has been expanding rapidly. The transit time from the Columbian port of Cartagena to Rotterdam is short, only 12 days. This makes Columbia a solid competitor for Costa Rica. But, according to Frank Ocampo, Ecuador and Panama are also starting to play increasingly bigger roles in the pineapple market.

“I have found out that less fruit than last year is expected to come from Costa Rica in the coming trimester. There seem to be several issues with growers in that country. These are regarding employment opportunities and staff. These problems will probably have an impact in the area of certification. This issue is certainly going to play a role when it comes to the major players.”

Stable pineapple consumption
“Even though pineapple production is on the rise in South America, there is no similar rising trend in European consumption of this fruit. Pineapples are considered to be a real promotional item. The
amount sold during a marketing campaign is enormous compared to regular sales figures. Europeans are true convenience consumers and they are being offered a large assortment of berries, fresh cut
fruits and grapes for example," explains Hugo. 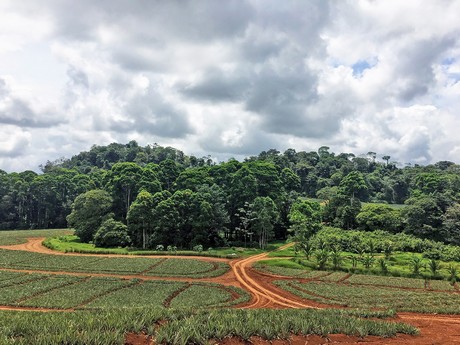 New markets: the Middle East and Asia?
“To penetrate new markets for, among other products, pineapples, we did a few trials to the Middle East using sea and airfreight. We, however, concluded that the transition routes to several destinations in the region were too slow for pineapples. When you have a delay of several days to a week, it is impossible to still deliver pineapples of high quality. The claim climate is very high in these countries too. So, it is very risky to export to these countries.

Moreover, Middle Eastern countries still remain a niche market for Latin American pineapples. They can only be delivered from that region via airfreight too. The Philippines and other nearby countries supply these markets. This situation will undoubtedly change in the future because faster transit routes are added every year. There are also lower peaks in worldwide pineapple production. Sales are also increasing,” continues Frank.

“These markets are serviced from Asia. Malaysia and the Philippines both have large pineapple areas at their disposal. If you consider the transit times from these countries to the Middle East, they are much shorter than from Latin America. As a result, Costa Rica is already at a disadvantage because of the longer transit times
and the costs related to that.” said Hugo.

“Convenience at the expense of freshness”
“Because of the movement from conventional eating to convenience, the sales of pre-cut pineapples will only increase, however this at the cost of conventional pineapples. However the plant ripened pineapple, which is not usable for fresh cut offering and can only be sold conventionally, should be able to compete on the shelf with the great tasting products the retailer is now able to offer their clients,” concludes Hugo.