A random discovery that improves the conservation of grapes

"It is always surprising to discover new details about table grape production systems and preservation methods, with the prospect of a professional growth that inevitably flows positively from the ability to market the product more profitably". So says Giovanni Assenza, a young farmer who runs the family business along with his brother Matteo.

The Assenza brothers are fulfilling the difficult and noble role of caretakers of the environment, following the best Italian peasant tradition, which dates back generations. 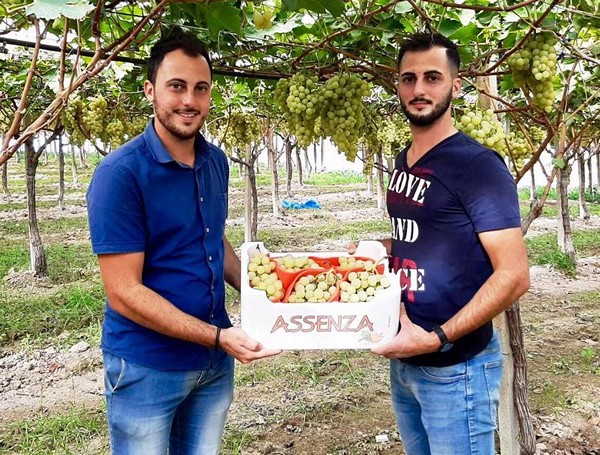 "At first we cultivated only table grapes - goes on Giovanni - but soon we realized that we had to integrate the business income by diversifying our crops. Now our firm covers an area of ​​22 hectares divided between table grapes (6 ha), apricots (7 ha), oranges (2 ha) and lemons (1 ha), while the remaining part is used as arable land". 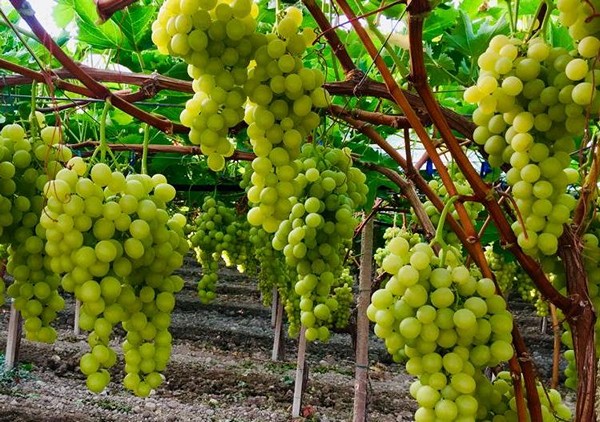 The business production calendar, with the aforementioned crops, is able to cover 12 months a year and this has a significant advantage compared to monoculture companies, which depend entirely on the productive success and on the commercial dynamics of that given product.

"If one of our crops goes particularly badly - the producer continues - we can always try to save ourselves with others or at least hope for it, rather than just suffering the problem irremediably. This year, for example, while table grapes are not going very well, we have a chance to go on with the other crops, starting with citrus fruits in November and then switching to other fruit in late spring". 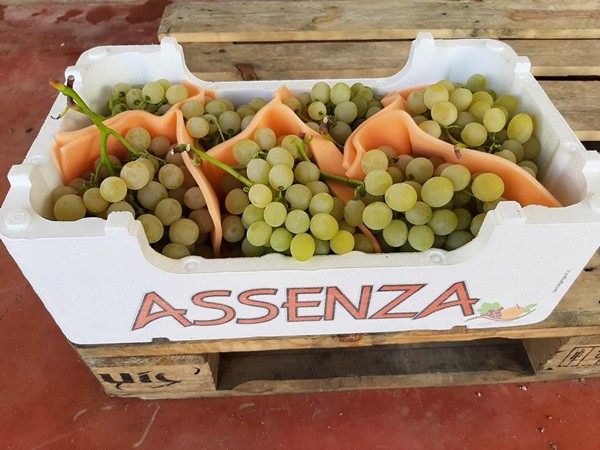 "Despite the fact that table grapes have not gone well for everyone - the farmer says - we have had the advantage of varieties such as Red Globe and Perlon above all, which have behaved better commercially than our Italia. Another advantage was that of discovering a different, new way of storing up grapes, thanks to our EPS crates that allow the grapes to be stored for over 15 days, in the absence of a preservation cloth". 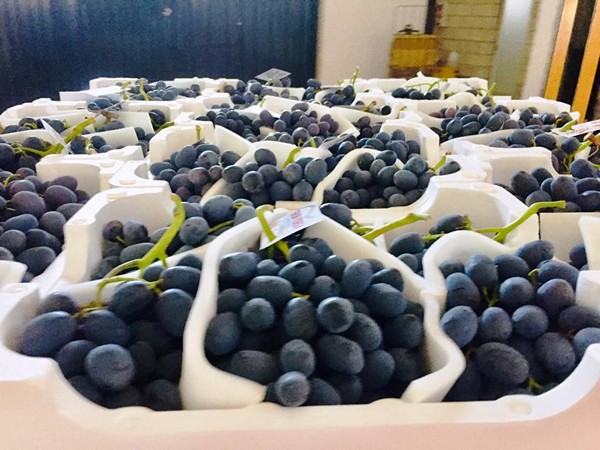 "To be honest we made this discovery purely by chance - adds Matteo Assenza - because I put some boxes in the cell, postponing to the next day the affixing of the cloth due to an unexpected and urgent commitment. These boxes, meanwhile, were moved by my brother who did not know of the lack of the cloth; later, we simply forgot about it. After 15 or 16 days, checking the goods leaving the cell, we made the discovery: the grapes contained in those boxes had an exceptional appearance, as if collected the day before".

"Now, therefore, for removals that are not too far away we can think of reducing the use of the cloth and we are certainly even more convinced about using EPS crates which, evidently, manage to maintain an excellent thermal insulation, while allowing the product to breathe. For let's remember that the right humidity is key to the correct conservation of table grapes".