Major shareholder The Fruit Farm Group today filed for bankruptcy of its subsidiary AC Hartman. In mid-2017, TFFG took over the 72 hectare Frisian organic grower and there were great plans and expectations. Less than half a year later already, the reality turned out to be different and problems arose that eventually led to this decision. 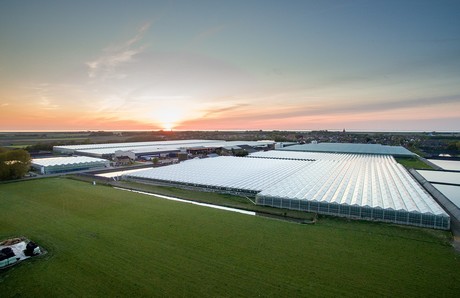 A.C. Hartman, is one of the premier suppliers to Dutch retailer Albert Heijn.

The Fruit Farm, De Weide Blik
The Fruit Farm is part of holding De Weide Blik, which is 90% property of entrepeneur Hein Deprez, well-known for the publicly listed Greenyard multinational of which he currently owns 49%. When acquiring AC Hartman, Hein Deprez said it takes a family company to make most out of produce growing companies, since maximising profit is not something that can be done in the fruit producing industry.

Still the acquistion of AC Hartman wasn’t a success. Following this news in 2017, the announced expansion was cancelled, various lawsuits followed regarding the takeover and dozens of people were fired. Two other locations of the farm were sold. Still, the considerable losses started putting pressure on the figures of The Fruit Farm. Earlier this year they announced plans to sell the facilityin Sexbierem.

Now the company filed for bankruptcy. According to the board of directors of The Fruit Farm Group, the decision was inevitable: "We have worked hard to keep this beautiful company in the air, so it is painful to have to acknowledge that, together, we have unfortunately not succeeded in doing so. But everything has a limit and that has, in the recent past, been reached several times and now exceeded. There were no other options for us."

The court will appoint a trustee as soon as possible to investigate possible future scenarios. There are already parties at AC Hartman who are interested in the company.

Update
In response to the bankruptcy petition, Greenyard states that the bankruptcy has no effect on Greenyard itself, because AC Hartman operated independently, also financially. "The Fruit Farm Group is a supplier to Greenyard of exotic fruits as well as local European vegetables and is ultimately owned by the same shareholder as Greenyard", they confirm.

"Greenyard regrets this unfortunate news given the long standing relationship with A.C. Hartman. Greenyard is not related to the A.C. Hartman nor to The Fruit Farm Group as it is a separately managed group, both operationally and financially. As Greenyard has alternatives for the products concerned, it is not expecting this event to have negative consequences for its customers. Greenyard’s positive recovery will also not be affected by this event."