"Harvest of full-moon apples is lower than last year"

In the night of the 13th of October, a full moon shone its light on the Münch organic farm, located in the heart of the Altes Land. That very fact resulted in a flurry of activity. As every year, the full-moon apples of the Jonagored variety were picked that night. For the most part, the coveted fruits are sold to main customer Tegut and they are already available in the stores. However, the volume for marketing is well below last year's levels, co-owner, Marco Bartels, told a Freshplaza reporter. 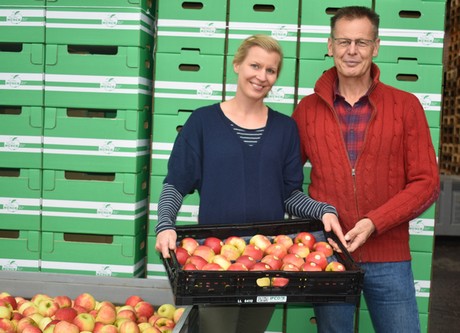 Daughter Marie and father Claus-Peter Münch of the organic farm with the same name in the heart of the Altes Land. / Image: Freshplaza.de.

For many years, the Jonagored variety will be picked in the light of a full moon .Consumers have been receiving this label very well. Many Tegut customers look out expectantly for the full-moon apples each year: "Jonagored is ideal as a large variety to harvest at night. Since Münch's whole Jona orchard has a much lower apple count this year, the fruits are bigger as a consequence," says Bartels. 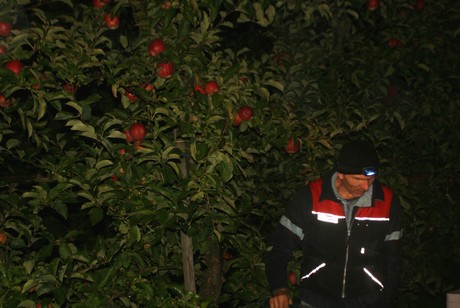 A harvester with headlamp during the full moon night.

Early season end
But the crisp, sought-after apples, will be available only briefly in the trade this year, Bartels predicts. "The amount of full-moon apples is significantly lower than last year. In the past season, the apples could be offered until the end of January, but this season the marketing of the full-moon harvest is expected to be completed by the end of December."

A camera team accompanied the harvesters in the full moon light.

Demand for organic apples is growing steadily
Claus-Peter Münch has been marketing organic fruit from his own orchards since 1983. Currently, the 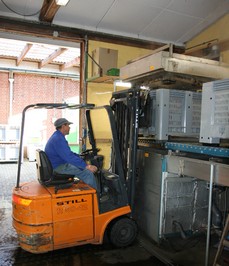 family-owned company is one of the largest independent producers of organic dessert apples in Germany. The marketing flow is distributed via their own trading company to the various retailers, natural food wholesalers and other customers.

Right: Organic fruit can be stored much longer thanks to the hot water immersion process. According to Münch, the procedure is demonstrably more efficient than conventional treatment. This is the first water dipping facility in Germany, currently still at the farm.

The potential of the organic core fruit products is huge, Claus Peter Münch said during Freshplaza's visit to the farm in early October. "The big social structural changes in Germany have yet to 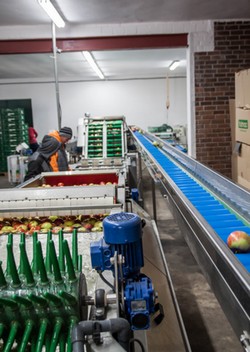 take place, over the next few years. From the point of view of the trade, however, more consumer research is really necessary."

In terms of variety, the various Jona breeds as well as Elstar and Topaz are still the main varieties at the Bio-Hof in the Altes Land. "The Natyra and Santana are also on the rise in the organic sector. To meet the demand, we will plant 10,000 new trees of these two varieties."