The acting Spanish Minister of Agriculture, Fisheries and Food, Luis Planas, paid a visit to the first-grade cooperative Granada La Palma, based since 1973 in the municipality of Carchuna, Granada.

The president of the cooperative, Pedro Ruiz, spoke to the Minister about the production and marketing activity of this company, founded in 1973, which currently brings some 700 producers together with more than 800 hectares of crops and an annual fruit and vegetable production totaling 70,000 tons. Currently, its products reach consumers in 40 EU and non-EU countries. For the Minister, the Granada La Palma cooperative is “one of the leading examples we have in Spain in terms of innovation.” 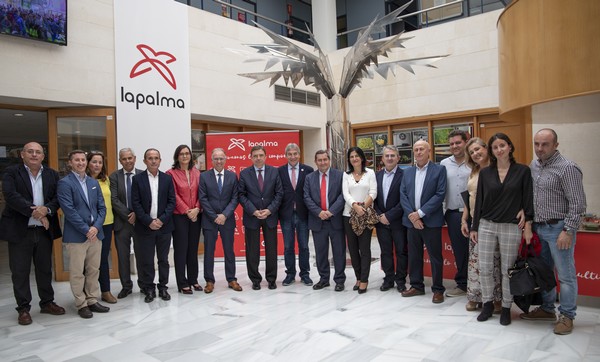 Results of Fusion Agriculture
During the tour, Pedro Ruiz told the Minister about the new concepts and products devised by the company. Through the exploration and fusion of knowledge from the best professionals in the sector, it has been possible to achieve a richer, safer and more sustainable agriculture. After years of research, this Fusion Agriculture has paid off with gourmet creations such as the Amela® tomato, which has brought a real revolution to the European market. The excellent brown ribbed tomato Adora® is another good example of this business excellence, at the forefront of European fruit and vegetable trends. The Minister and all attendees were surprised by the wide range of products, marketed under high quality standards and with very innovative packaging. 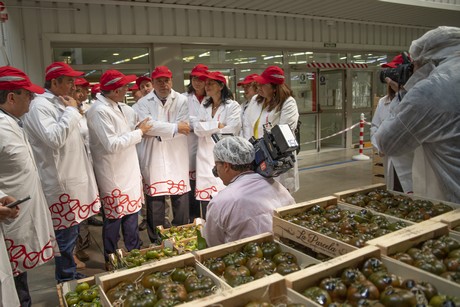 The Minister said that the competitive capacity of the Spanish agro-food sector "has to be based on innovation, the higher quality of the productions and the adaptation to the markets, with respect to the environmental conditions."

Social commitment
He also highlighted the cooperative's social commitment, with continuous training offered to producers on the efficient and sustainable management of farms, thus contributing to making the fruit and vegetable sector one of the most important in Spain and Andalusia.

Planas visited the laboratory where the quality and food safety of the products are monitored and greeted the workers of various departments of the company. 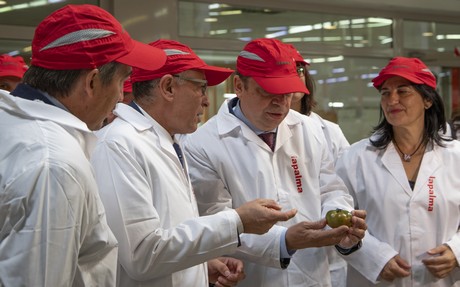 Clearly export-oriented cooperative
He also put emphasis on the clearly export-oriented character of this cooperative, with exports accounting for about 85% of its production; an example that demonstrates the ability of this sector to open new markets. The fruit and vegetable sector produces 28 million tons per year in Spain and has managed to become the largest supplier in the European Union and the third largest in the world. In 2018, its exports were worth 15,000 million Euro and represented 32% of all Spanish agro-food exports. 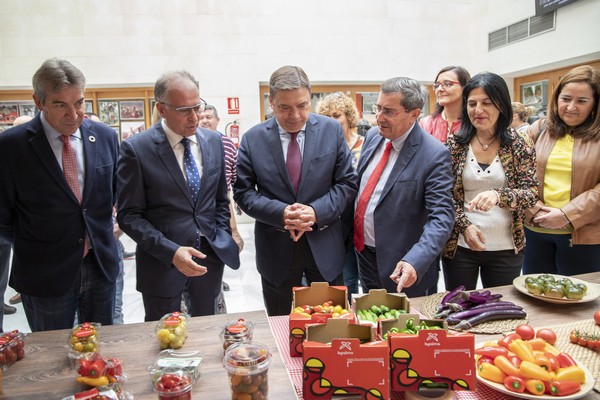 Quality and adaptation to consumer demands
The aforementioned figures have allowed the sector to generate more than 200,000 direct jobs in the field, plus another 100,000 indirect jobs in the auxiliary industries. At the same time, Planas praised the range of quality products that this sector is able to offer to the markets, as well as their adaptation to consumer demands. Therefore, he has encouraged the sector to work in achieving greater added value and better product differentiation.