In December 2017, Efrain Saucedo Nuñez started in Breda as the European sales office for Mexican lime grower San Jose Tropical. Less than two years later, Fruta del Huerto is one of the five largest importers of limes in Europe. Efrain started in the warehouse at Hagé and then worked for several years at Naturelle and Olympic Fruit before starting with Fruta del Huerto. Although he is looking at supplementing the product range, limes will always remain the core business. "Specialisation is the future and limes form our specialty with 80-90% of our turnover." 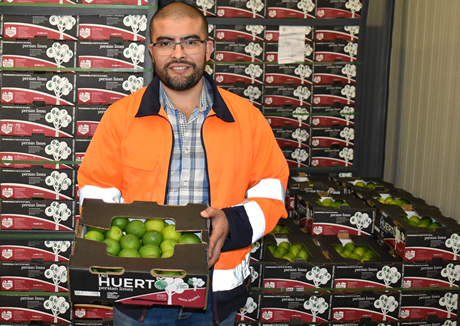 According to him, that specialisation centred around one product is not risky. "We work almost entirely on a program basis towards retail. As a result, we almost have guaranteed sales," says Efrain, who focuses on retailers throughout Europe. "Germany is our largest market, but we also supply supermarkets in France, Italy, Austria and Poland and other countries. We are not active in Scandinavia and the United Kingdom."

Control from cultivation to shelf
The Fruta del Huerto team in the Netherlands now consists of three commercial and two administrative staff. Last summer the team moved to the former Wilko Fruit building on the IABC site in Breda, where it also has plenty of room to pack and unpack.

Starting up sales offices of overseas producers is a trend that will not stop, according to Efrain. "That is the concept that retailers are looking for. They want to collaborate directly with the source, but do not want to take on the risks of an importer. We control the product from the growers to the shelf. This means that the retailer is immediately at the table with the producer and he enjoys the same service as a Dutch importer. "

Within the limes specialisation, the company offers various variants, such as conventional and organic, combined or not with fair trade, and the company is also a major player in untreated limes. "The combination of organic and fair trade was not available in Europe until recently. We can now fill in this demand with our Brazilian partner and from next season also from Mexico. We are also seeing a rise in the demand for untreated citrus. from a French supermarket. " 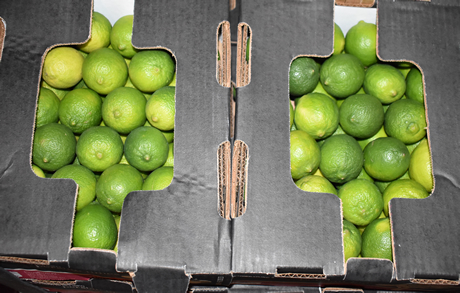 Lime market currently hot
In addition to the limes of the Mexican parent organisation, Fruta del Huerto also purchases limes from Brazil and Colombia. After a dramatic season for limes last year, the limes are currently completely hot. "It's a madhouse. In October, many importers even had limes flown in," says Efrain. According to him, it is always difficult to predict in advance how the lime market will develop. "You have the established importers and the cowboys, who step in if they think they can make something from the lime market. The latter can be quite disruptive of the market. You can bet that within a few weeks Europe will again be flooded with limes."

Nevertheless, he sees much further growth potential for the limes. "The import of limes to Europe is still increasing every year. The peak is in the summer months of June, July and August and furthermore Christmas appears to be a busy period for selling limes. In the coming years we would like to bind more growers to our concept. We are also busy with the introduction of a fully organic net packaging to meet the demand of our retail customers in order to reduce plastic consumption to zero. "