Even with Idaho/Washington having a slightly reduced volume of onions this fall, there are currently ample supplies of domestic produce.

“There were some onions left in the ground in Idaho and by now, whatever is left out there will stay there,” says Michael Davis of Tex-Mex Sales LLC in Weslaco, Tex. “They had an early freeze a couple of weeks ago and there were reports of some damage. Any onions harvested after those lower temperatures may or may not have issues. The very cold temperatures this week will probably end the harvest in Idaho. If there’s anything left, I don’t think they’re going to harvest it.”

Additionally, good supplies are coming out of other Northwest regions including Washington and Colorado. “And it looks like New York State had a good crop this year. Michigan was also able to harvest their crop and have it in,” says Davis. Supplies are also coming from California and some from Yerington, Nev. “Overall, I think they’re going to have close to the same amount of supplies or down just a little bit from last year,” says Davis. 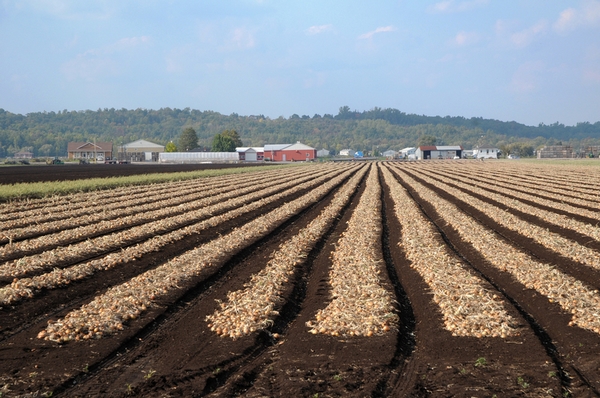 Slower demand
Yet, as October generally is for onions, demand is slow but on track. “Normally Thanksgiving isn’t a big onion holiday. It’s definitely not a restaurant holiday because most people don’t go out to eat for Thanksgiving. Everyone stays at home and cooks,” he says. “People have been complaining that demand has been slow the last three weeks. But going into late-November/December, demand usually picks up. Those time periods are the big pulls for onions.”

The slow demand has put pricing on the lower end of the spectrum, though Davis notes that that this may help spur demand and move onions over the next few months.

Looking ahead, Davis doesn’t see things changing anytime soon. “A lot think the market is lower than it should be. But the question is: what’s in storage and how much is there and will demand get better? If there was a significant loss in the late Idaho crop, then we should see that in higher pricing at some point but right now, we’re not,” says Davis.