While some apple varieties are a little lighter in volume, better-sized apples are coming out of New York this season.

“We are seeing much improved pack outs this season. We’re probably seeing the best sizes we have ever had on Royal Gala, Fuji and Empire even. We’re seeing good sizes across the board,” says Brett Baker of United Apple Sales of Lyndonville, NY, who notes that some varieties such as the Fuji and Honeycrisp are lighter in volume this season. “I don’t think our finished box count will be off that much with the improved pack outs.”

The better sizing comes from good growing conditions such as ample rainfall throughout the summer. “And we certainly never had any extreme heat that stressed the trees,” adds Baker. 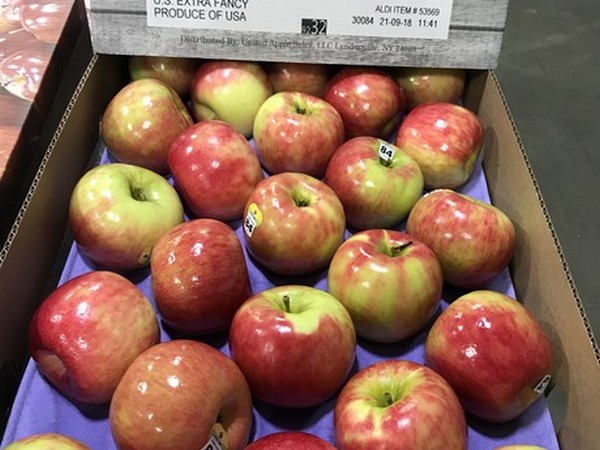 Early ending
United is currently picking Pink Lady and EverCrisp apples and estimates that harvest should wrap up November 10th, a few days later than preferred. “But the entire season has been a few days off,” says Baker.

Good sizes are welcome given that some markets are experiencing smaller fruit this season. “With Washington having smaller fruit, it’s creating more opportunities for the larger tray fruit. We have the opposite of what they have,” says Baker. “I also think New York State is blessed with better sizes than Michigan.”

As for pricing, on staple varieties such as Royal Gala, Fuji, McIntosh, Cortland and Empire, they’re similar to where they’ve been for the last two to three years at this time. “And then on varieties such as Honeycrisp, it’s not demanding the highest premium it has in the past,” says Baker, adding that there are now many varieties now rivalling Honeycrisp for flavor.