"Demand on Bavarian potatoes for export is increasing every year"

The last potatoes of this year's harvest were cleared last week in the Bavarian fields. "Last year we had a pretty good harvest in our region. This year, we will be bringing in a little probably, "says Johann Schmidt of the potato wholesalers based in Dinkelshausen, of the same name. "Indeed, marketing has gone very well so far, but we are currently experiencing a period of calm."

Every year, the Bavarian potato industry sends a large part of the regional potato yields away, to be exported. Schmidt also deals predominantly (up to 90 percent) with the export of potatoes, including sales to Central and Eastern Europe, as well as Austria and Italy. "The export to Poland and the Czech Republic is underway, but the Italians are buying up a little less at this time." At the same time as the conclusion of the Bavarian harvest in week 42, prices tend to rise. "The market is stable, the demand is there: Normally, we will also get reasonable prices for our goods in the coming months," Schmidt expects. 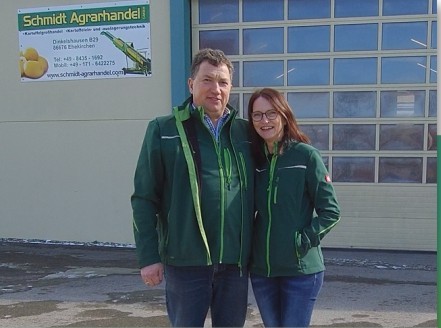 Potato trader Johann Schmidt has been supplying both feed and industrial potatoes to peeling farms and potato markets since 1992. According to Schmidt, one sees a rather large price difference between the two markets, which can go up to 50 percent. "In addition to this, the Netherlands is a very aggressive player in the industrial potato market."

High status in the international area
Due to the past summer's heat, the Gala variety is usually a little smaller this year than usual, this also applies to the floury potato Agria. Despite the smaller tubers, the Bavarian potato still has a high priority on foreign markets. "We have already received the first requests from Austria the other day. This usually happens not so very often, since the local market there is sufficiently supplied with their own goods." 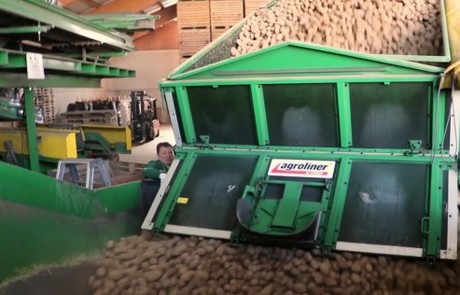 In terms of variety, there are also some interesting trends in Bavarian potato cultivation, according to Schmidt. Well-tried varieties such as the Nikola and Sieglinde have lost importance in favor of resistant, high yielding varieties.

Rising demand for export goods
In general, the demand for Bavarian export potatoes is increasing with every year, says the potato trader finally. "The Polish industry has had a poor harvest this year, which is why the local traders are also accessing our potatoes now. Because of the relatively low freight costs, we are also a good trading partner for the French. "