A couple of years ago the Turkish horticultural industry, a market with great potential, was hit severely by the Russian boycott and the ensuing political crisis. Since the relations with Russia stabilised again, export opportunities have returned. On top of that, both growers and suppliers found new export markets. "Our new target markets for fresh fruit and vegetables are China, Malaysia, and Singapore. Our greenhouse suppliers surpassed Korea and China, are on a similar level to Europe and became preferable in the Turkic Republics, Iran and Russian markets", says Engin Er, fair director of the Growtech. The exhibition will be organised in December this year in Antalya and is completely sold out now. "The industry is growing and the export opportunities are growing as well." 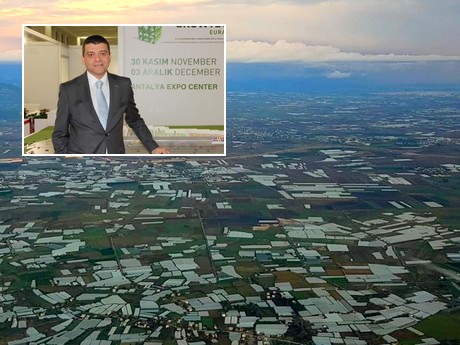 Horticultural history
When you say Turkey, you can say horticulture. Considering the global industry, Turkey ranks fourth in the world, following China, South Korea and Spain. "I would like to add that we will compete head to head with Spain to get the third-place ranking", Engin says proudly. In the last decade the average greenhouse size in the country doubled and the total greenhouse asset has reached up to 77,291 hectares.

Also the Turkish suppliers benefit from this. Thanks to the growing industry and to export opportunities, also greenhouse construction, hardware and equipment is one of the fastest-growing industries in Turkey. "While modern greenhouses were only constructed by foreign companies in our country 20 years ago, now almost all greenhouses, whether plastic or glass, can be built 100 percent locally and delivered on a turn-key basis", says Engin. Most of these suppliers will participate in the upcoming Growtech in Antalya. The export-focused show has been organized in Antalya, the greenhouse capital of Turkey, for 19 years and celebrates being fully booked. "Although the fair is to be held within less than two months, exhibitor sales are completed."

Climate change
The Turkish market, however, still needs technical investments and the average greenhouse size nowadays is 0.4 hectare. "In Turkey, only 2 percent of greenhouses, around 75,000 hectare acreage, are at modern greenhouse standards. Most of our greenhouses need to be modernized to align with harsh winter conditions", says Engin, who believes climate change is the major challenge for growers nowadays. "Natural disasters such as tornadoes, flash floods, and hail affect the growers and, due to the sudden increases in food prices, also the consumers."

Moreover, the global economic crisis and sudden fluctuations in exchange rates, mainly in dollar, are challenges in the industry. "We, just like the rest of the world, do suffer from trade wars between the USA and China. On the one hand such sudden fluctuations and increases raise costs, on the other hand they may result in relatively positive outcomes such as income growth of exporting companies. The bottom line is to stabilize the balance in between." Overcoming challenges
Politics and international affairs have given the industry a hard time earlier this decade. Back in 2015 the Russian tomato boycott hit the industry hard. Following this crisis the exchange rate went berserk and the lira dropped down. For some years there was hardly any room for investments in the Turkish industry. Last year though, the vegetable market has been good to growers and the acreage is rising again.

"Despite major distress in the beginning, Turkey and Russia have perfectly managed this crisis, and the issues have been singly solved lately after Erdogan and Putin stepped in at the ultimate level. Eventually, Turkey and Russia share a past, friendship and commercial relation of many years", says Engin. "Yes, some of our food products were returned and subject to certain limitations, but Turkey managed to find markets. Russia may not have purchased Turkish products directly from Turkey, but our foodstuffs were consumed anyway in the Russian market through other buying countries."

Positive things also started from the crisis. "While we maintain our friendship with Russia, we also took new lessons as a country and focused on varying our market diversity for exports. Our new target markets for fresh fruit and vegetables are China, Malaysia, and Singapore." 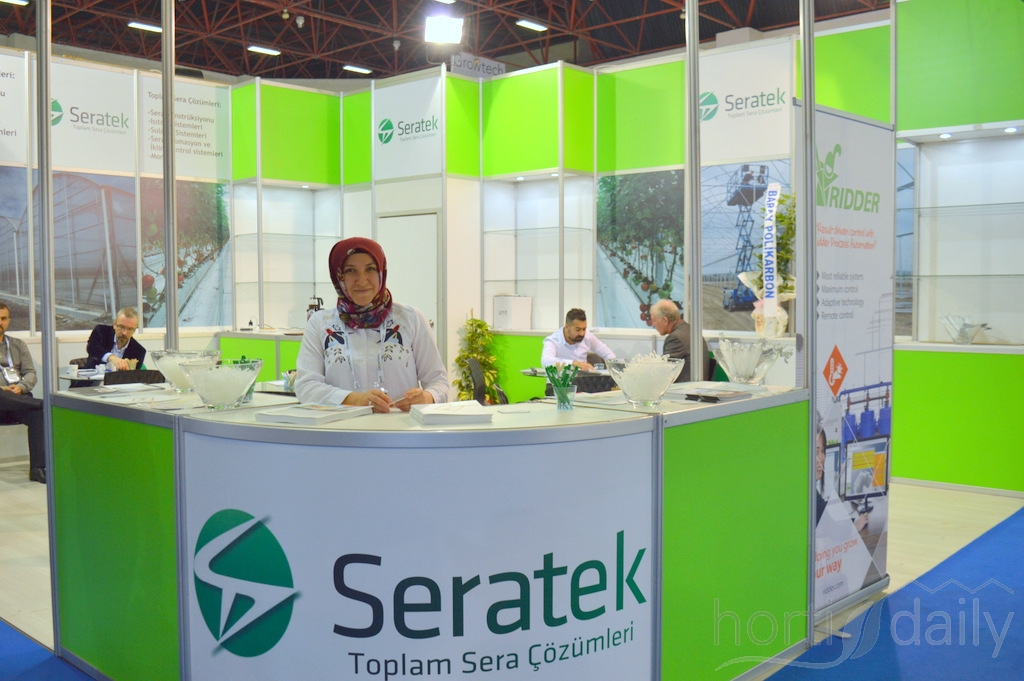 New markets for suppliers: Africa and Turkic Republics
The Russian boycott offered opportunities for the Turkish suppliers. "Russia made new investments in greenhouse cultivation. Many producers, especially Serkonder (the Association of Greenhouse Construction, Hardware and Equipment Manufacturers and Exporters, who will be present at the Growtech) found new customers in international markets. Our greenhouse producers surpassed Korea and China, rivaled Europe and became preferable in Turkic Republics, Iran and Russian markets."

The Turkish suppliers do not limit themselves to these countries. "The greenhouse industry keeps growing both in the world and in Turkey. Such growth occurs in places near the cities for logistic purposes", Engin confirms.

"The European market has already been developed and they own nearly half of the world market. However, Africa and Turkic Republics, located much more close to Turkey, are newly learning about greenhouses. Situated in a highly strategic location, Turkey has taken a great opportunity both in greenhouses and production of vegetables and fruits. Government support plays an important role both in production and greenhouse manufacturing."

Engin tells how it is projected that the market size of Turkey will grow around US$ 136 million per year within a five-year term between 2016 and 2021. "It is expected throughout the industry that the largest product in the market will be the greenhouses for fruit and vegetable growing as well as for flower and foliage growing and the increase in this category would also continue in the future." 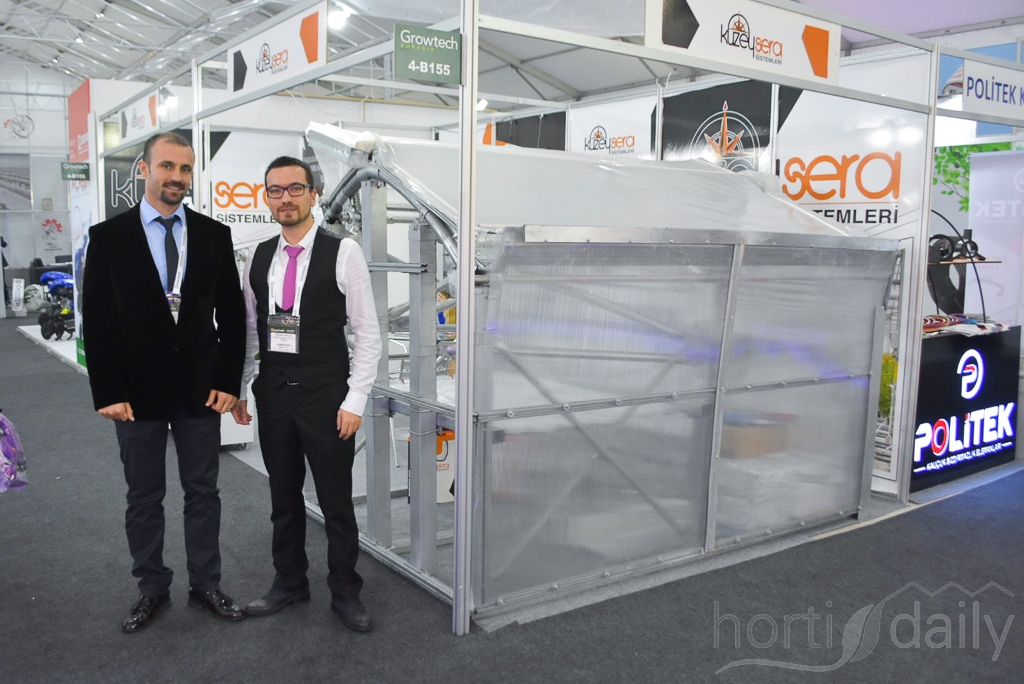 Growtech
In the last days of November these suppliers and the growers will again meet up at Antalya for the Growtech event. "We are getting prepared to welcome more than 90K international visitors from over 130 countries and more than 850 exhibitors from around 30 countries. Last year we received 86,780 visitors from 120 countries and more than 800 companies and brands from over 30 countries", Engin says. "The exhibitor and visitor profile of Growtech is broad in scope. Growtech brings traditional farmers, who cultivate in their farms or greenhouse, together with major producers, who reach million dollars of export figures, under the same roof."

"In fact," he continues, "we are a giant market for growers. You can find anything and everything about the industry such as products, services, state-of-the-art technology and innovation. The largest section of our visitor profile consists of growers. Newly developed product types are showcased for the first time at Growtech. Our growers keep abreast of feeds and fertilizers, greenhouse construction and agricultural machinery. We also help our visitors promote their products and services directly to their target markets."

The Growtech will take place from 27-30 November 2019 in Antalya. Click here for more information on the Growtech

Click here to register free of charge for visiting the Growtech