After a difficult season, UK potato harvest is wrapping up

“Potatoes will be treated with Restrain anti-sprout compound next month”

The British potato season has been one of contrasts. Conditions were good for planting and while the growing season started off well in June, the rest of the summer was characterized by a lack of rain which caused some of the crops to struggle. 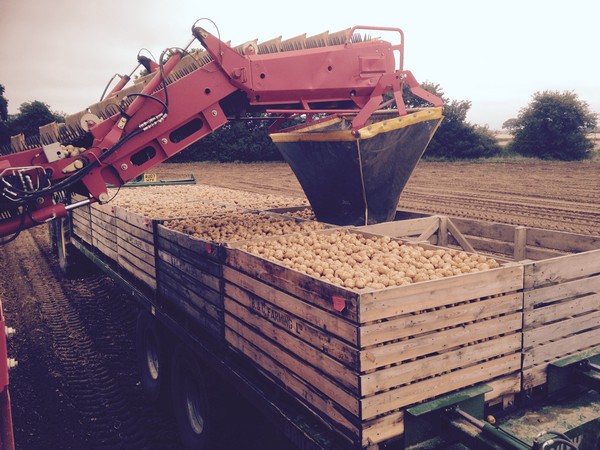 Sophie Bambridge from B&C Farming says: “Our farms in North-east Norfolk had it better than other parts of the UK but our growing is spread out so some of our crop were more affected than others. We do 60% seed potato and 40% ware potato. The ware potatoes are irrigated so they obviously didn’t suffer as much from the drought but it did take a lot of resource and time to ensure that they were properly irrigated.”

The UK harvest began in July and is currently wrapping up. Sophie says: “We are hoping to finish harvesting this week. It’s been challenging because at first it was really dry and then in the beginning of October we had three months’ worth of rain fall in just few weeks. Our harvest opportunities have been intermittent lately.”

Despite the circumstances this season, Sophie is optimistic: “The harvest has been fairly good this year. There has been some differences in yield and quality depending on which fields or variety the potatoes came from. It definitely isn’t a bumper crop this year, but I would estimate it as average.”

The potatoes are now being loaded into stores which once filled and at the right temperature, will be treated with the ethylene sprout suppressant product Restrain. “We won’t be able to use CIPC to control sprouting next year so Restrain is really important for us. We like this product because of the controlled start, which introduces the ethylene compound gradually, so the crop isn’t immediately overwhelmed; there aren’t any other products on the market that work in the same way” explains Sophie. 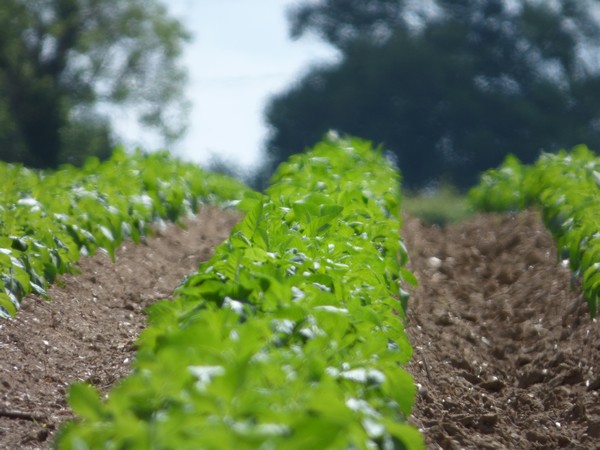 The company have been using Restrain on their processing crops for the past two years and prior to that they used it as an accumulated treatment for seed potatoes. The seed potatoes will be stored until spring and the ware potatoes will remain in storage until June or July.

Sophie concludes “This season has been challenging, but overall we are happy with the results so far. Our stores will be treated with Restrain next month which will help our potatoes to stay fresh and sprout-free until they are needed”.