"Dramatic images were result of floods, not bad plastic management"

Last week, France 24 broadcast a reportage concerning the ecological horticulture in Almería, Spain. The final conclusion was that this greenhouse horticulture is far from sustainable, since the generated plastic residues end up in the environment. The organisation of produce companies APROA has protested against this negative image, arguing that the recycling of plastic is far better organised in horticulture in Almería than in most other sectors. 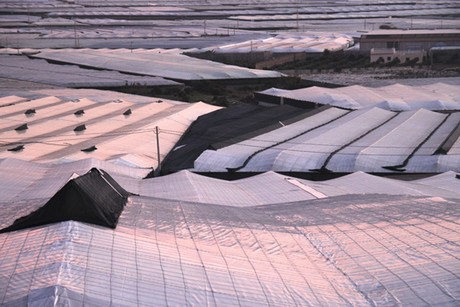 Dramatic pictures
Canal 24 showed dramatic pictures of a landscape full of plastic debris, with the message that residues from the plastic greenhouses are badly processed. APROA claims that these images are totally misleading. Manager Luis Fernández Sierra: “This was recorded at Rambla Morales, close to Cabo de Gata, 27th of September. Two weeks earlier, several dozen hectares of greenhouses, as well as an entire camping centre, were destroyed and washed away by an exceptional flood exactly at this spot. Presenting this as a bad management of plastic is like filming a Caribbean island just after all the houses are destroyed by a hurricane and conclude that people are so careless with their garbage…”. 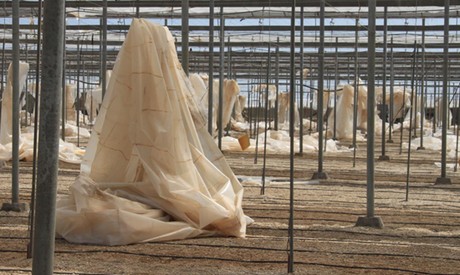 70-80% of plastic waste recycled
Recently, APROA have carried out a study, quantifying the volume of plastic residues that are generated in Almería every year. The major part comes from the greenhouse covers which are replaced, on average, every four years.

"Growers receive 10 cents per Kg for this old plastic, since it is very valuable for recycling, as a high volume and homogeneous residue. Other categories of plastic residues, like cans and other packages, are also well recycled. Altogether, it is estimated that between 70 and 80% of the plastic is recycled, i.e. converted into a granulate that can be used for the production of new plastic products. This is far higher than the percentage of recycling of urban, domestic residues", they explain.

"Some plastics from agriculture are more problematic to recycle, like the fine films used for mulching. These are usually processed together with the municipal residues, i.e. the household garbage, in plants where energy is generated through incineration."

Illegal dumping…
"The sector in Almería is totally aware of the absolute need to recycle in order to be able to survive in long terms. An enormous progress has been made over the last decades, although the situation still has to improve", they continue.

APROA is in close contact with the administration to avoid and penalise waste dumping. Since last year, they operate a special telephone number (+34 687 500 400) where people can report illegal dumping in the province.

Fernández: “With the concentration of greenhouses in Almería, we are in a perfect position to create the logistics to reach a 100% recycling. Nevertheless, as long as only a tiny fraction of the plastic waste is blown in the wind or washed away by a river, the entire sector will be accused of causing an environmental disaster…” 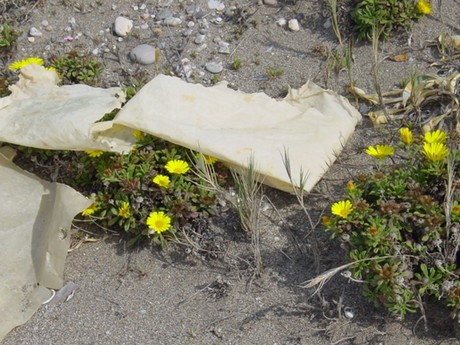 As long as only a tiny fraction of the plastic ends up in nature, there is a sustainability problem and a severe image problem. (Photo: Jan van der Blom)