For the seventh consecutive year, Fyffes refueled participants of the Marine Corps Marathon (MCM) with bananas after crossing the finish line and completing their 26.2 mile journey on Oct. 27. Fyffes has fueled runners with over 200,000 bananas over the course of its long-standing partnership with the MCM since 2012. In support of the MCM, the #FuelWithFyffes campaign was relaunched on Facebook and Instagram in the weeks before the marathon to motivate runners with helpful running tips as they trained to complete the course. 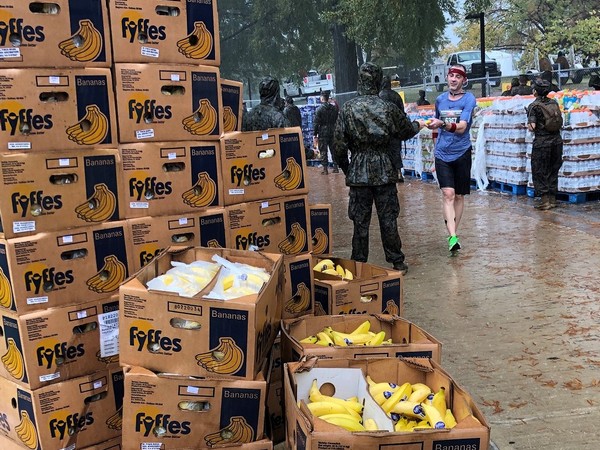 “Fuel with Fyffes represents a driving force that fuels and motivates runners as they prepare both physically and mentally to complete their 26.2 mile-long race,” says Marion Tabard, VP of marketing for Fyffes in North America. “After crossing the finish line, the runners fuel with Fyffes again and replenish their bodies with the Fyffes bananas that are given out by the Marines.”

In addition to distributing bananas to marathoners, Fyffes has also led the collection of banana peels as the MCM’s composting partner. Fyffes initiated the composting program in 2014 to utilize banana peels and compostable materials collected from the MCM grounds and donate the collected items to the Veteran’s Compost program. As in previous years, bright yellow Fyffes composting bins were placed throughout the Finish Line area creating a sustainable solution to reducing waste at the event. The banana peels are then handled by Arlington County Waste Management and processed into high-quality organic compost that provides critical micronutrients to soil throughout the D.C. community. 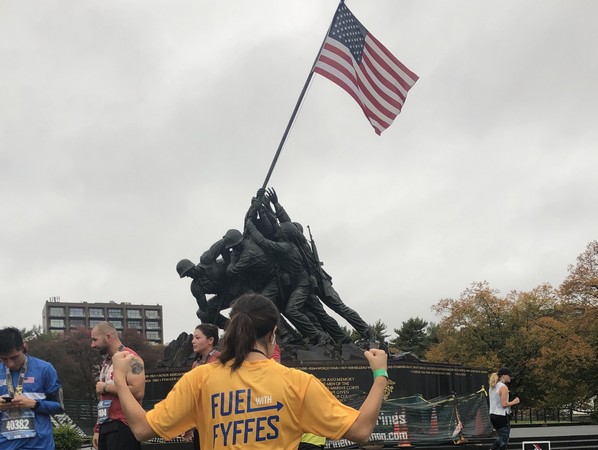 “Over the years, the composting initiative has become one of the largest composting programs at a single event. We are proud of the impact of this continued partnership as it aligns strongly with our core values and on-going commitment to sustainable practices,” says Tabard.

Notably thanks to the success of the composting program in partnership with Fyffes, the MCM has been recognized as a Gold certified event, the highest level awarded by the Council for Responsible Sport, for being socially and environmentally responsible as a world-class running event. “It’s a great partnership that brings social media energy before the event and composting efforts to benefit the environment after the run,” said Marine Corps Marathon Director Rick Nealis.