France as a major apple producer and Spain as the leading exporter of stone fruits in Europe each have different assets to position themselves on the European and other major export markets. “French products are a guarantee of quality. Both for stone fruits and apples, France enjoys a very good reputation at the European and global level. As for Spain, its prices and technicality give it a major competitive advantage in large exports,” explains Nathalie Casal, director of the company Distrimex. 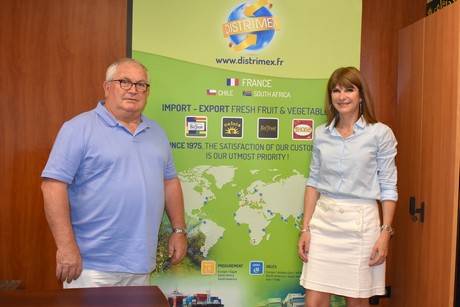 Stone fruits: “Spain has taken a major turn to larger exports”
While small orchards of stone fruits shape the landscape of southern France, the large Spanish structures, especially for plums, have specialized in order to export all over the world. “In the Extremadura region, farms have invested a great deal and acquired a lot of expertise and technical sophistication, especially in picking and preserving these plums, in order to evolve to large export. France, with its small structures for stone fruits, has difficulties investing, partly due to high taxation, and therefore cannot do the same,” explains Nathalie.

Although the production model is not the same, France still enjoys some success. “French apricots are well known and acclaimed in Europe for their quality. The same goes for French peaches which are very popular on the continent. So even if Spain is well positioned on the large export market, French stone fruits have managed to conquer the European market.”

As for the stone fruit season this year, Nathalie found it relatively complicated. “The end of the season was difficult to sell both the Spanish and the French production. The supply was reduced due to difficult weather conditions (-30% for French apricots), but the demand was also lacking. Which means that the price could not compensate for the lack of volume this year.” 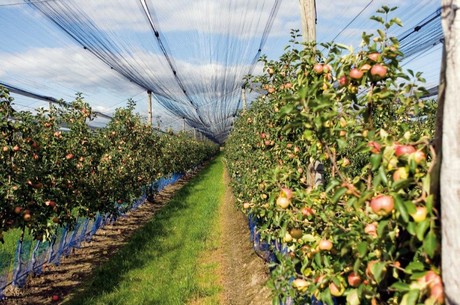 Apples: “French apples are present in quality and quantity”
The season has been complicated for stone fruits, but also for apples which have had to face strong competition from the massive production in Poland. But Nathalie is positive for this year. “The harvest predictions are more in our favor this year. The Polish production being down by 40%, French apples will have much less competition. August and September are complicated months because all the origins are present on the market. But France has excellent storing capacities and an excellent harvest in terms of quality and quantity, so the second part of the season will be better.”

Nathalie explains that this very aggressive competition from Poland is one of the consequences of the Russian embargo, which continues, five years later, to penalize the European market. “For France and Spain, the Russian market was never entirely replaced. We were exporting to Russia all the large calibers, especially apples, which only the Russians seem to be fond of. From one day to the next, we were left with these large volumes, which nobody wanted in Europe. So producers had to implement agricultural techniques such as thinning to reduce the production of large calibers.”

On the other hand, the Russian embargo has been the gateway for certain products on the European market. “We used to export a lot of flat peaches to Russia. A fruit that was neither known, nor popular in other European countries. However, since the embargo, the flat peach has found its place on other markets, sometimes even replacing the traditional peach. But generally speaking, even 5 years later, no market has made up for this lack.”

Ambitious development projects
With 45 years of experience, Nathalie is convinced that Distrimex’s ability to adapt has been a key asset to persist over time. Still with this in mind, the company continues to develop its business area with new projects. “We are thinking of expanding our range with new products such as mangos and avocados. We also wish to strengthen our presence on the French market with off-season products like kiwis from Chile or grapes and plums from South Africa. And let’s not forget organic products, more and more popular all over the world, which we want to develop in large export.”