"I expect Purple Sprouting Broccoli to become mainstream on the market"

During the Fruit Attraction, Bejo promoted a new Purple Sprouting Broccoli that can be grown year-round in Spain. "Being able to grow this variety year-round was a long time wish. It means you have something to offer buyers year-round," says director Christiaan Reynders of Bejo's Spanish branch.

"We are now working with two Spanish growers and are also looking for a grower in Portugal who wants to get started. We work according to a license agreement, whereby we draw up a production and sales contract per country, so that the market is not immediately overfilled," says Christiaan. 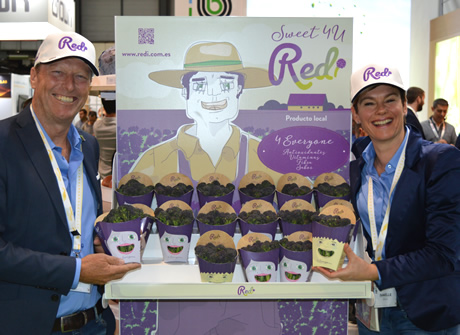 "The advantage of the variety is that it is a short-growing variety that can be grown according to plan and therefore has a certain availability. In addition, this Purple Sprouting Broccoli under the Redi brand is softer in texture and sweeter in taste than the alternatives on the market," said the director of Bejo Spain. 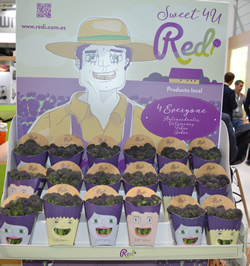 "We would like to put this new variety on the market in collaboration with a number of retailers. The packaging we show here is purely for inspiration, but a condition for us is that this vegetable is sold under the Redi brand and that a QR code links to our website with tips about the preparation method, "says Christiaan.

"Various category managers have already shown interest during the fair and chefs were also very surprised by this new variety. The advantage is that the variety is already commercially in production, so supermarkets can join in easily to start working with a number of growers."

Christiaan has high expectations of the Purple Sprouting Broccoli. "I am convinced that the production is very profitable, certainly in comparison with similar products. For that reason I expect that this could become a mainstream product!"