“Xenia pear sales opportunities on the rise in Southern Europe”

This year, Dutch fruit wholesaler, Xenia Europa, set a new record. They harvested 30% more Xenia pears in the Netherlands than last year. “The last of the Xenia pears were picked in the last week of September,” says Xenia Europa's Raymond van Ojen, enthusiastically.

"Just under 8 million kgs were harvested this year. This is thanks to our growers who are mostly in the Netherlands. This year, demand for Xenia pears started early. This increased demand is thanks to the fruit's firmness and sugar levels. That is why we decided to start sales early this year."

"This growing demand means we can also coordinate on programs with retailers. We want to expand our exports to Southern Europe too," says Raymond. 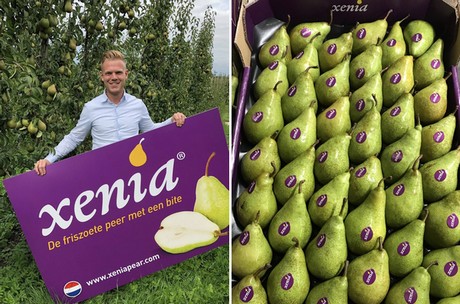 The 'Oksana' pear variety was brought onto the market under the Xenia brand name. This variety is a cross between the Triomphe de Vienne and Krier varieties. The Xenia Europa sales organisation maintains contact with growers. They also take care of the Xenia pear's central sales.

"On a European level, around 60 to 70 hectares were added. We work with roughly 70 farmers as a chain partner. Most of these are Dutch, with a few from Belgium. We marketed both Dutch and locally-cultivated Xania pears. We did with Obst vom Bodensee in Germany and EOS in Austria. We did this with Pom’Evasion en LaVigrousiere in France as well."

However, Xenia Europa's local production has no problems with competition. "In, for example, Germany, 3 million kgs are currently being cultivated," says Raymond. "German sales started at the same time. However, after that, our German partners take the Dutch product along to the market."

"The market is, after all, large enough. It offers enough room for both the German and Dutch product. In recent years, we have started with German as well as Dutch pears." 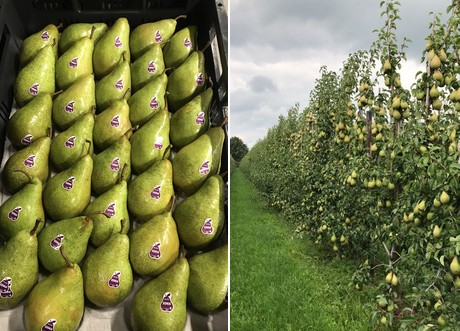 Partners in South Europe
“The Xenia name is becoming more well-known. There is also increasing demand. This is thanks to our French, German, and Austrian partners. We are getting a lot of new clients from Scandinavia."

"We are now moving in the direction of Southern Europe. This season, we have seen export opportunities increasing in certain countries there. These include Italy, Spain and Portugal," he adds.

"That is why we are looking for new partners. They should want to introduce the Xenia pear. The Xenia can be attractive to these countries. They are larger and have longer shelf lives."

The number of Dutch Xenia farmers is also continually increasing. "This is because Xenias are easy to grow. This pear variety's picking period is also about ten days after that of the Conference pear. The grower's harvesting peak has decreased a little by then."

Fixed prices
“We work with fixed prices. We set these annually from the beginning of August. These are for the entire season. In this way, we can offer our buyers a little stability and trust."

"The pear market is picking up at the moment. This is a chance for us to introduce the Xenai to new markets. The price is not really a problem for our existing partners. These have remained the same for years," concludes Raymond.