"From 2020 onwards, we want to double our import volume"

Sweet potatoes are nowadays mostly sourced from the USA, North Africa and the Iberian Peninsula. But originally, the colorful tubers were mainly grown in Latin American countries, like Honduras. The newly founded Frutas del Sol LLC has set itself the task to market the Honduran sweet potato from small-scale farming in Germany. The marketing potential is huge, managing director Patricia Schuler-Hoffmann and her son Julian Hoffmann think. 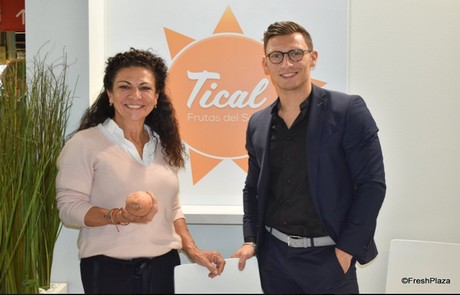 Patricia Schuler-Hoffmann and Julian Hoffmann at this year's Anuga in Cologne, where the new company exhibited at the Central American joint stand.

On July 24, the new Wuppertal LLC was officially founded, and the first season will be dominated by marketing. There was a reason that the two-person team recently was at Anuga with its own stand. After all, the aim is to reach major customers in Germany as well as in other parts of Europe, all within a very short time. "We already have good contacts in processing, not only in Germany, but also in, for example, Lithuania. We did not expect to have that at the beginning," says Ms. Schuler-Hoffmann, outlining the previous development of the new company.

Fresh market and further processing
The sweet potatoes are sourced directly from small farmers in central Honduras and marketed on the European market under proprietary brand name 'Tical'. Due to optimal growing conditions in the Latin American region, the sweet potatoes from local cultivation are available all year round. "We supply two varieties: the already well-known Beauregard, and Evangelina, a patented processing variety," explains Ms. Schuler-Hoffmann. This variety, which is quite unknown to the European market, has a robust fruit skin and "unique optical qualities. We can also supply colored varieties according to customer requirements." 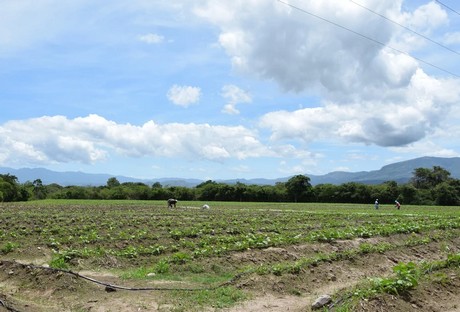 The competition in terms of sweet potatoes is still enormous: Among other things, in Egypt and Spain every year plant a large area with sweet potatoes. After New Year's Eve, however, this supply to the international market will drop off, which is why the sales opportunities for the Honduran tubers are increasing, believes the management of Frutas del Sol. "Due to the current marketing, we see good marketing opportunities for our sweet potatoes, especially between January and July. Both in the area of ​​processing and on the fresh market. At the same time, we want to double our import volumes from 2020," the ambitious sales team states. 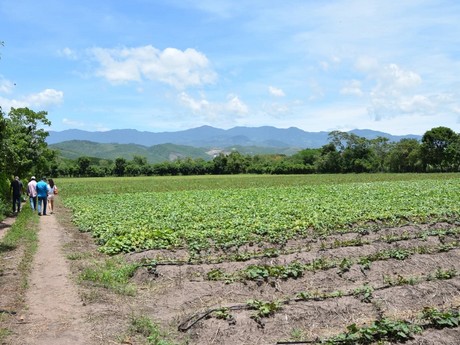 Climate neutral sweet potatoes
The company wants to offer added value and relies on personal relationships: not only towards the suppliers in the origin, but also on the p 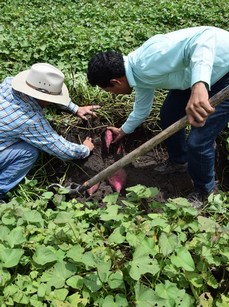 art of the customer, they emphasize. "We are focusing primarily on medium-sized wholesalers, for example on the German fresh markets," Ms. Schuler-Hoffmann says.

The transport of a container from Honduras to Rotterdam consumes about 1 tonne of CO2. Some 80 trees would compensate for this amount of CO2. "We decided to plant as many as 200 trees per imported container in cooperation with the Metropolitan University of Yoro. In addition to the carbon neutrality of Tical sweet potatoes, we contribute to the afforestation and conservation of biodiversity. We are particularly proud of this project," Julian Hoffmann concluded.