Fruits from a growing number of countries have found their way to the Chinese market in recent years. The sales volume of imported fruit grows every year. Mr. Zheng Nanshen of Guangzhou City Jiangnonghui Market Service Management Co., Ltd. recently shared his view on the consumption of imported fruit and market trends.

Jiangnonghui Market Service Management operates in Jiangnan Wholesale Fruit Market in Guangzhou, Quangzhou Wholesale Fruit Market in Fujian, and in Jiaxing World Fruit City. Mr. Zheng explained, "There are two common misconceptions in the imported fruit market. First, consumers believe that imported fruit is much more expensive than domestic fruit. In reality, however, that is not the case. Many premium fruit products in China are quite expensive. Some of these products are much more expensive than imported fruit. For example, Red Beauty oranges sell for as much as 35 yuan [4.95 USD] per 0.5 kg. And the popular Sunshine Rose grapes sell for as much as 65 yuan [9.19 USD] per 0.5 kg. Second, many consumers think that the level of food safety is much lower for domestic fruit than for imported fruit. This is also not correct. On the one hand, the government has tightened inspections in plantations and farmers have greatly reduced their use of chemicals in agricultural plantation. Food safety has greatly improved in China in recent years. On the other hand, imported fruit is not necessarily without chemical pesticides. Their use is permitted within a limited range." 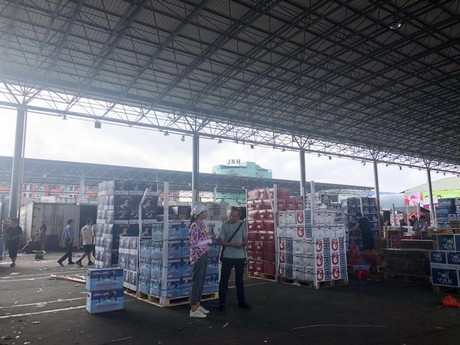 "Chinese traders with plantations are quick to produce similar products when they pick up on a market trend. Since imported fruit is expensive because of custom tariffs and transport costs, Chinese fruit can compete on the basis of low prices. The cheaper, domestic fruit gradually pushes the imported fruit to the margin of the market."

"Second, importers supply the market with large volumes at the same time, which means that the market is easily saturated. In the end, they can not help but lower their prices to clear their products." 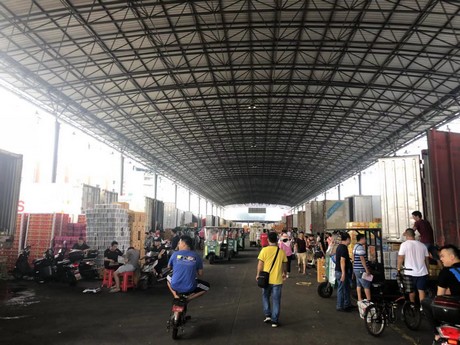 Mr. Zheng also shared his view on consumer trends in the imported fruit markets in north and south China. "The sales volume of imported fruit in Chinese wholesale markets expanded by 15%-20% per year in the last few years. The sales mainly increased in east and central China. Take Jiaxing Fruit City for example. Jiaxing Fruit City imported around 7,000 shipping containers full of fruit in the period from January last year until November last year. This year in the same period, Jiaxing Fruit City already imported around 28,000 shipping containers full of fruit."

"In other words, the import volume of fruit in Jiaxing Fruit City doubled twice in the last year. In south China the change is not that big. The Jiangnan Wholesale Fruit Market in Guangzhou imports around 6,000 containers of fruit every year and has done so for the last 7 years."

Mr. Zheng explained the reasons for this shift towards the north: "The population figures in east and south China are huge. As the living standards and the level of disposable income rise, so does the consumption of imported fruit. The market potential is huge. However, the port facilities in Shanghai grow better every year and the number of shipping routes to Shanghai increases. Furthermore, interior transport becomes cheaper day by day. Many importers gradually shift their attention to Shanghai (instead of Guangzhou) and decide to enter the Chinese market from there. They immediately sell their imported fruit in wholesale markets near Shanghai. Imported fruit, such as Chilean cherries, that arrives in Shanghai port can be sold in Jiaxing Wholesale Fruit Market and transported to east China, north China, northeast China, and northwest China for 10,000 yuan [1,413 USD] less than if the imported fruit entered China through Guangzhou port. All of these reasons work together to push the fruit imports to north China. I think that the northward shift of fruit imports is an inevitable trend. I have great expectations for the Jiaxing Wholesale Fruit Market," stated manager Zheng.