Heatwave in central South Africa could affect ripening; earliest harvest in a week

After a difficult two years for the South African table grape industry, the first crop estimate for the coming season, which affirms the industry's commitment to cultivar renewal in response to market preferences, toes a cautious line.

The estimate for the total crop ranges over a wide band: from just over 61 million 4.5kg equivalent cartons at the low end to 67.8 million cartons which would narrowly beat the industry's record 2016/17 crop. 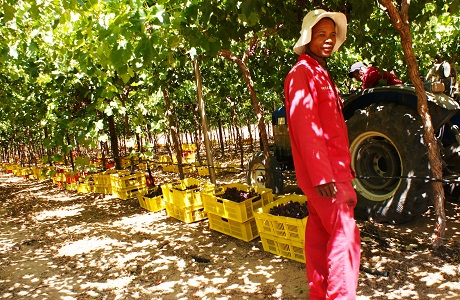 Hex River estimate slightly up, Orange River stable
The start of the South African grape harvest is due in just about a week's time in Limpopo Province, concurrent with Namibia. The estimate notes that the harvest could start a week earlier in the Orange River and other regions. Grape producers in the Orange River tell FreshPlaza they're on a normal schedule.

Central South Africa is experiencing a heatwave, the effect of which on ripening remains to be seen. Temperatures in the high thirties and even forties over the interior today; anecdotal reports of motorists measuring 44°C in Upington, on the Orange River, yesterday.

The estimate for the Hex River Valley is positive: estimates range between 19.8 million and 22.3 million cartons, compared to last year's final tally of 18.6 million cartons.

The other dominant producer, the Orange River, has an estimate more in line with last year's, which ended on 19.2 million cartons.

The northern region (Limpopo) has been climbing steadily, and it continues with a quite specific estimate: between 7.15 and 7.8 million cartons.

The area produced almost double that (3.9 million cartons) during the 2016/17 season.

The top end of the estimated total is still far off the initial top end value for last season, 70 million 4.5kg equivalent cartons. The growth trend that the industry had been experiencing, peaking with 67.5 million cartons in 2016/17, hasn't been continuing as expected during the years since, in part due to drought.

The South African Table Grape Industry (SATI) notes that a larger proportion of the national vineyards than before are either too young to yet bear or not optimally producing yet, as older generation varieties have made way for newer varieties.