Parallel to the new German crop, Spanish onions are continuously arriving in German trade. Although there is a good supply from the Spanish regions throughout the year, the price fluctuations on the German market are considerable, according to the fruit import agency René W. Ringwald GmbH, a specialist provider of Spanish onions based in the Black Forest Lahr. 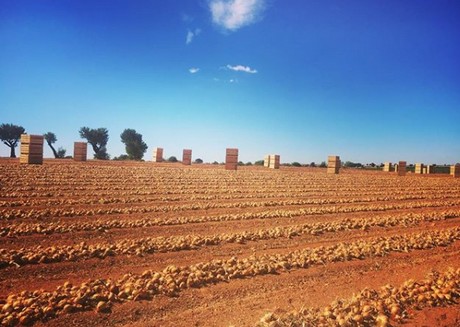 At present, the harvest is almost over in the Spanish growing regions. The best goods are usually stored so that they could be exported until the April / May next year. But also the goods sold at this time of year is qualitatively excellent, assures Michael Linder, product specialist in onions at the company. The Black Forest company has been working together with well-known Spanish onion exporters for 30 years. "There are currently larger volumes from Germany and the Netherlands."

Oversupply at the European onion market
The onion market is particularly price sensitive, he knows from experience. "By the end of June, we have achieved very high prices for Spanish onions, especially because of the Europe-wide drought." In Spain, the drought had hardly affected the yields, therefore, could supply the market satisfactorily. "The Spaniards have a similar crop this year compared to last year, in the remaining growing areas of Europe, the 2019 harvest is not as bad as last year, the quantities available for marketing are a lot bigger and this ultimately results in the lower prices." 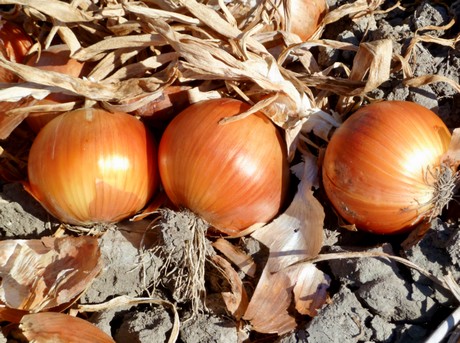 Yellow onions from Spain are traded in all sizes- from small to large. "We deliver them packaged in 500-gram /1-kg packaging, 10 kg, 20 kg or 25 kg sacks, and jumbos, depending on customer requirements, But also loose, in boxes or in EPS boxes."

Despite the abundant supplies from all European cultivation areas, the Spanish commodity, according to Linder, will probably always be needed. "It is milder and usually larger than, for example, the German goods. On the domestic market, we mainly trade onions caliber 2 and 3, caliber 1 is rather exported to England. "The quality of the current product is quite satisfactory to outstanding. "We have no problems with diseases, only the oversupply makes it somewhat harder." 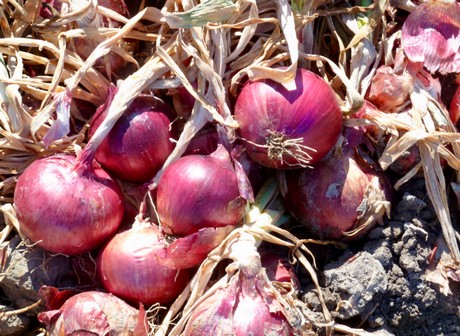 Regarding Spanish red onions, there is an interesting increase. These are mainly traded in 10 kg bags. Spanish white onions are traditionally consumed less in Europe, most of the goods go to the Arab countries.

Wide choice of products for onions
Despite the high price situation in the first half of the year, we have seen an increase in the quantity we market. Even now in the falling market, we can fulfill the wishes of our suppliers and customers. "This also depends on the wide range of products: Not only yellow onions, but also sweet, red and some white tubers in all calibers are traded. "From the beginning of October, we will also be offering sweet onions from Peru. We have been doing this for many years: This also applies to New Zealand and Chile packaged goods, which we generally import between March and May and sell to our hypermarkets. The 25 kg bags go to our wholesale customers. "

Another mainstay of the company is Spanish garlic, which is brought in with the onions. "With this comprehensive product range, we have been able to achieve a consolidated market position throughout Germany."