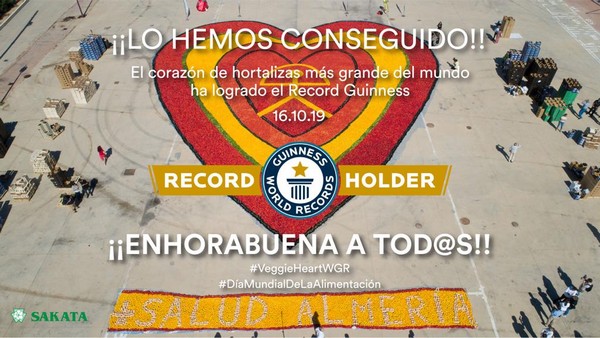 The plant improvement company Sakata and the Almería City Council have managed to easily break a Guinness world record. Initially, the plan was to beat it with 550 m², but eventually, the fruit and vegetable heart has exceeded the 600 m².

To do this, some 25 workers of the company have been placing more than 23 tons of tomatoes, peppers, eggplant, pumpkins and zucchini on the ground to form the healthiest mosaic in the world. Around 5 hours have been necessary to beat India, which until now held the record with a 480 m² mosaic. 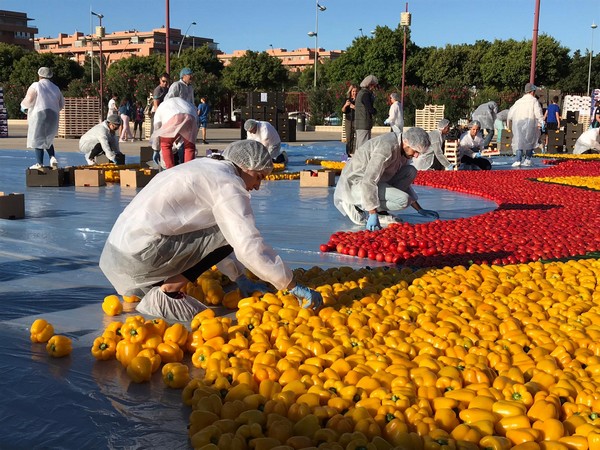 Neither the place nor the day were chosen at random. Almería, the current gastronomic capital of Spain, exports 3,000 million kilos of fruits and vegetables to Europe every year. October 16 was the date chosen by FAO as World Food Day; a day dedicated to raising awareness about the global food problem. Spain has been trying to promote the importance of sticking to a healthy diet that includes fruits and vegetables.

Children, who are the future consumers, are the most important target. Therefore, more than 300 students of the Santa Isabel Public School helped in the creation of the healthiest heart in the world. They have also been able to enjoy the adventures of La Pandi, the nutritional pedagogical workshop of Sakata. This company is behind the organization of the event, together with Almeria Gastronomic Capital 2019, which has been very involved in raising social awareness about healthy diets. 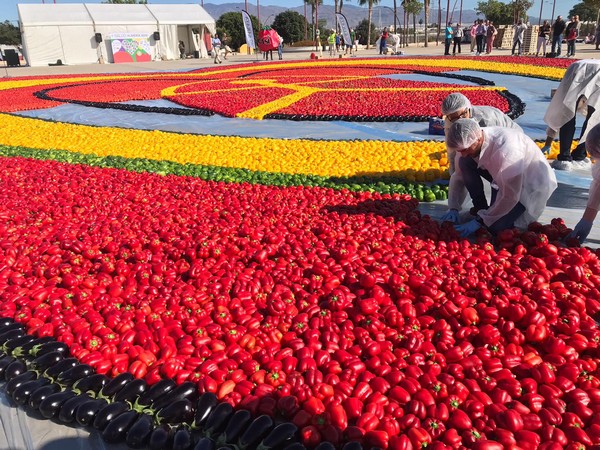 Precisely on that day, the students have had the chance to attend the premiere of the new chapters of La Pandi, the most fun animated series featuring fruits and vegetables. This has all been possible thanks to the support of the collaborating companies: CASI, Grupo Única, Vicasol, Agroponiente, Mabe, Murgiverde, Agroiris, SAT Peregrin and Fedemco, as well as the school of agricultural Engineers, the Association “5 a day” and the Ballesol Residence, which have once again expressed their solidarity. The 20 tons of fruit and vegetables used in the heart are being donated at the end of the event to various soup kitchens, schools and charitable institutions across Andalusia. 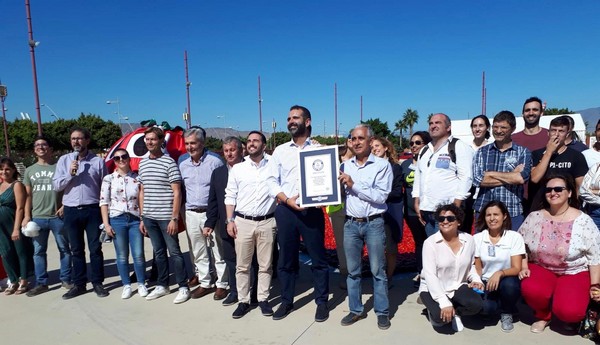