A video interview to Giorgio Geraci, vicepresident of the new farmers' cooperative

How the San Cono prickly pear's DOP mark was saved

The prickly pear production chain has about 4,000 hectares of cultivation, with a production of 70,000 tons per year. The most important areas are those of the Etna's and San Cono's prickly pear; the last one alone covers 60% of the entire regional surface. 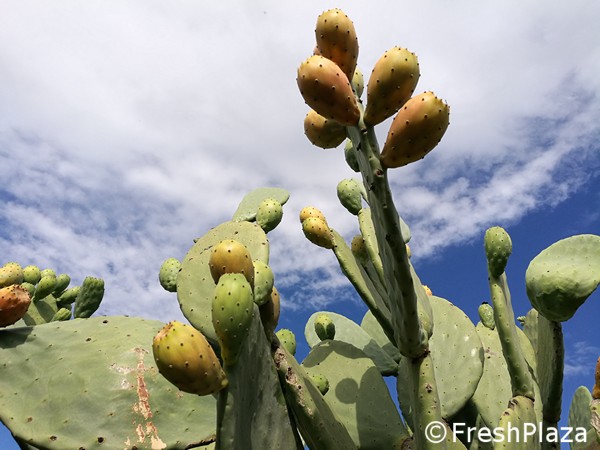 We're talking about a rather young economy, which dates back to the early 90s, when local farming businesses, given the ideal pedoclimatic characteristics for this crop, began to focus on the prickly pear. 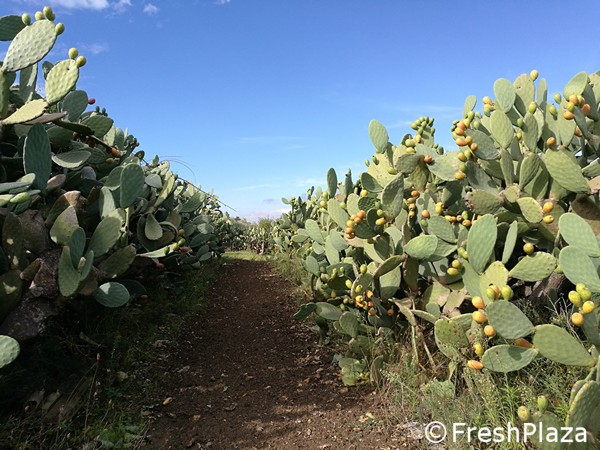 The first harvest takes place from August to September, whereas the second one goes from September all the way to December. But this year things went differently. To better understand how the season is unfolding, we went there to contact one of the most representative companies in the area. 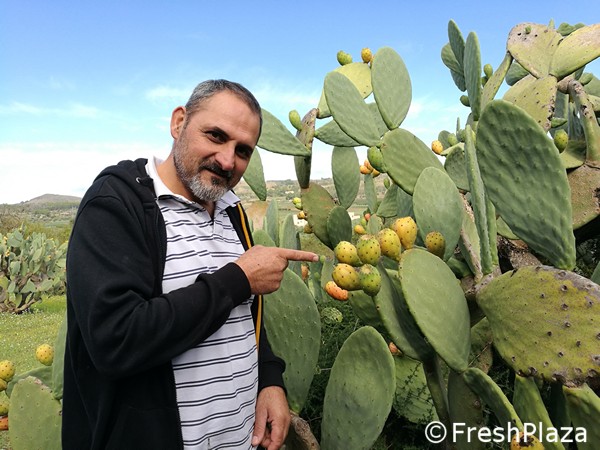 "The weather conditions started badly, with a rather anomalous spring - explained Giorgio Geraci, manager of the eponymous production and marketing company - With intense rainfall and low temperatures until just before summer have heavily affected flowering and fruit growth".

"Then, in July and August, excessive heat accelerated the maturation beyond belief. This eventually led to almost all the production to come all at once in September, flooding domestic and foreign markets. As a consequence prices have suffered - for the first time in many years - a decline that had effects also abroad, especially in France, since it is our largest market in Europe".

"All things considered we are relying on quantity, but the concentration of production made it impossible to collect a part of it, which stayed on the plants". 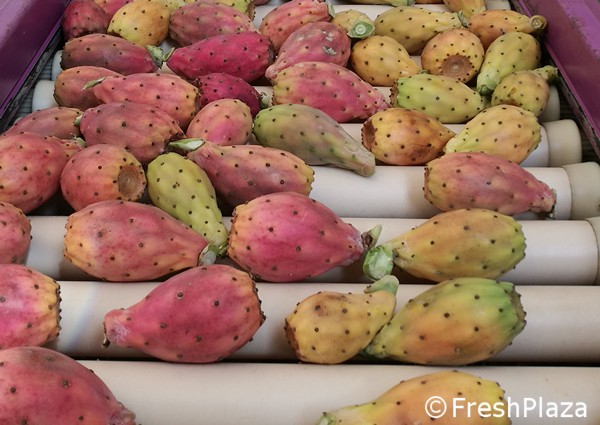 Average prices for the 2018 season have reached 1.80 Euro/Kg for the 12 caliber (the one most appreciated by consumers), while this year, up to now, the average for the same type stands at 1.20 Euro/Kg for the product marketed in France and the Netherlands. 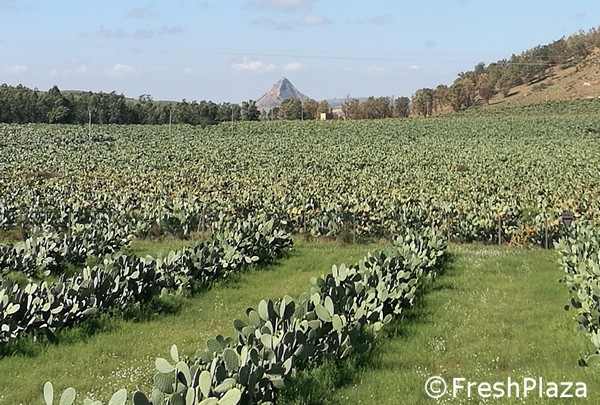 And while the production trend has taken a bad turn, this year also risked being the end for the Dop brand product. Let's see why.

"Despite being a unique fruit in terms of cultivation techniques and organoleptic properties and being registered in the Dop register - explains Geraci, who is also vice president of the new farmers' cooperative - the San Cono prickly pear was not marketed as a Dop product, even though this is a necessary condition to retain recognition".

"Who produces a brand must follow the rules set out in the specification, and if no product has been placed on the market for at least seven years, the Dop is canceled. Another condition was the appointment of a certifying body, which has only happened now. With the help of our agronomist friend Giuseppe Palmieri we've been able to stop the cancellation, thanks to the establishment of a new farmers' cooperative that we named 'Terre Sanconesi del Ficodindia Dop', of which Giuseppe is now president".

"At the moment, due to a technical and bureaucratic issue, my company is the only business with the Dop mark in the San Cono area, but the registrations are open to all the companies that want to join".

"We had the need - concludes the business owner - to speed up as much as possible every step with the Mipaaf (Ministry of Agricultural, Food and Forestry Policies, ed.) in order to avoid delays that could compromise the brand's position, so we decided, together with the president, to register only one marketing company and five manufacturing companies. And so we saved the Dop. We hope to receive as many registrations from the local area, because the brand belongs to the whole community of San Cono and its surrounding prickly pear producers. I say it again, nobody is or will be excluded".