“Since the beginning of this month, the open ground chicory season has started. There is a lot of product available, but because several supermarkets started the product at the same time, the price has risen considerably ”, says Roel De Winter of ORCA. “The prices for hydro-chicory, on the other hand is on the low side. Prices around €1.00 are not bad, but I suspect that the growers want something more for the time of the year. ” 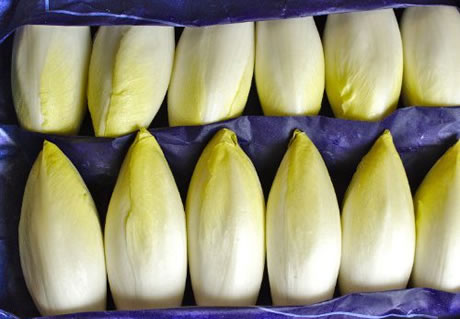 "Despite the fairly dry summer, the carrots came out well in the summer, so that we can expect a high-quality product throughout the season," says Roel. “Last year it was until December that the production of open ground chicory started slowly, which meant that the prices were very high. From mid-December the volume increased and prices fell. We can already say that we had a reasonably good season last year. "

Because chicory is a typical Belgian product, there is relatively little competition in the international market. However, the Chicory Biennial held in Etten-Leur in 2018, spoke of a shrinking sector. That is why people want to focus more on the versatility of vegetables. “Chicory is mainly seen as a true winter vegetable, but chicory is not only for eating in winter. You can also use chicory in the summer, for example  in a fresh summer salads,” Roel concludes.