Grimmway Farms is taking its 50th anniversary celebration on the road to the Produce Marketing Association’s (PMA) 2019 Fresh Summit Convention & Expo in Anaheim, CA. The largest producer of carrots in the world and the longest-running single grower of organic vegetables in the nation, Grimmway looks forward to acknowledging and honoring the customers and industry partners who have been integral to the company’s success.

“For 50 years, we’ve upheld the vision set by our founders while providing the best value, consistent quality and outstanding service to our partners since day one. Grimmway is committed to creating a better tomorrow, but it’s our customers who make that possible. We look forward to thanking our committed partners and friends at PMA,” said Eric Proffitt, Senior Vice President of Sales and Marketing and Grimmway employee of more than 25 years. 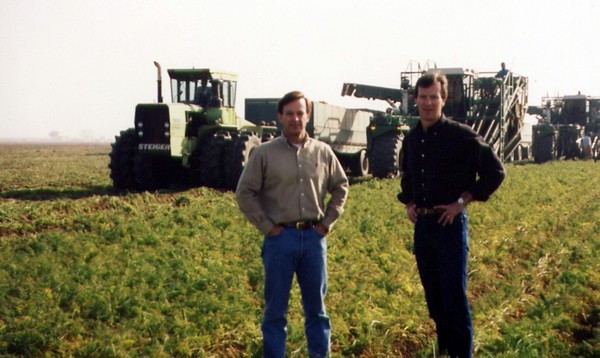 Grimmway is kicking off the convention by hosting a 50th Anniversary Celebration in the historic Anaheim packing district tonight and they are set to unveil an updated tradeshow booth when the expo doors open tomorrow morning. The updated booth will feature historic images and a timeline filled with industry milestones, aiming to tell the rich story behind Grimmway Farms which started when Rod and Bob Grimm established the business not far from the convention site. Given the opportune location, Grimmway is also bringing customers to local farmland in the Southern San Joaquin Valley to tour the company’s growing regions and learn more about their farming practices.

In addition to more than 50 company representatives, Grimm family members will be on-hand at the expo to greet attendees, thank customers and share more about the values that helped Grimmway grow from a roadside stand to a global produce leader.

“Rod and Bob believed in investing in the people who work for us and with us. This philosophy has enabled our growth and it remains at the core of our business,” said Jeff Huckaby who is President of Grimmway Farms and has worked for the company since 1998. 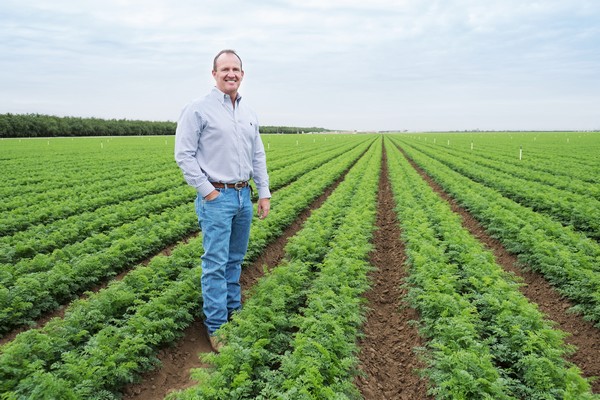 The festivities at PMA are part of a year-long campaign theme, “Family Owned for 50 Years and Growing.” The campaign initiated with a farm-to-table event in March and a grower dinner in April, both serving to acknowledge agricultural stewardship and respect for the land among Grimmway’s farming community. Also this spring was a company-wide picnic which garnered attendance from more than 10,000 employees and their families. The effort will continue beyond PMA with a community engagement event featuring field and facility tours and an employee-driven cleanup event at a local park later this fall.

As one of the largest private employers in Kern County, Grimmway’s 50th anniversary has also been acknowledged by the City of Bakersfield and the Kern County Board of Supervisors through proclamations from Mayor Karen Goh and Board Chairman David Couch.

“Grimmway has a bright future of continuing to supply the nation with healthy, high quality produce. We look forward to building upon the legacy Rod and Bob began and we are deeply grateful for the support of the produce industry over the years,” said Brandon Grimm, son of Bob Grimm and a member of the Grimmway Leadership team.

Grimmway invites long-time partners, customers and friends as well as first-time attendees and exhibitors to join the celebration at Booth #2885. If you’re missing the show, visit www.grimmway.com/50years to learn more about the legacy of Grimmway Farms.