"Dip in sales for White and brown mushrooms; sales of exotic mushrooms stable"

Although autumn is traditionally a strong period for mushroom sales, according to Diederick Knijnenburg of Oakfield Mushrooms; sales are currently somewhat disappointing due to the autumn holidays.
"Until last week the market was actually very good, but now the market, especially for the white and brown mushrooms, has fallen into a dip. Due to the lower demand, there is actually a little too much product on the market. The sales of the exotic and organic range continues to run well." 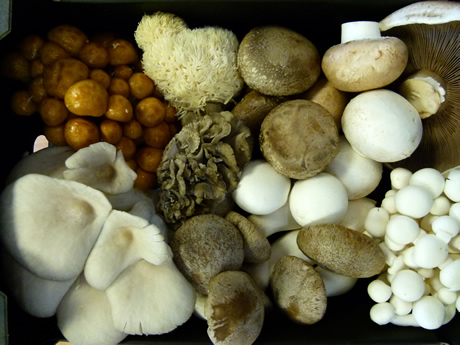 Exports continue to do well, according to Diederick. When exporting, Oakfield Champignons focuses primarily on the southern European countries and is increasingly ignoring neighboring countries.

"Countries like England always prefer English products. If the local growers are unable to fill in the demand and you are the cheapest, you can deliver again. The regional aspect plays a strong role in Germany, while France and Belgium also have a greater preference for local produce than we have in the Netherlands. However, people sometimes want to pay a little more for a better quality imported product. "

"The market for exotic mushrooms has been strong for a while. Although the production of species such as shiitake is increasing in Eastern and Southern European countries, demand is always increasing faster," Diederick notes.

He expects that when the holidays are over, the sales volumes of the mushrooms will also return to a normal level. "There is no over-supply, so I expect that with good demand we can make reasonably good prices in the coming weeks. I do think that the Christmas period will be exciting because the question is whether growers have enough pickers in this period. That may still have an effect on availability and prices! " concludes Diederick.