Montgomery Place Orchards in Red Hook, NY is a small apple grower with 10 acres only. But it packs a big varietal punch with almost 70 varieties available to consumers, all of which are grown on its New York acreage. While the land, which is now owned by Annandale-on-Hudson, New York-based Bard College, has been home to apples since the 1700s, Talea and Doug Taylor have run the orchard since 1989. Initially, Doug’s intention was to make hard cider, a virtual first in the region. “So we looked into some hard cider varieties and we started planting them,” says the former Taylor. “Before we knew it, we had 70 different kinds of varieties here.” 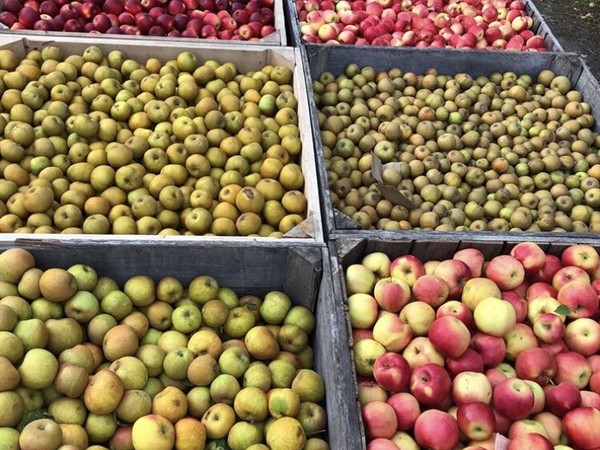 Appreciating antiques
“The antique varieties are so intense that you need to sit down and give them reverence,” says Taylor. “Ashmead’s Kernal for instance is not something you can just walk around eating. I compare them to literature--it’s the Moby Dick of apples. And then there are apples like Honeycrisp which we think is a whole lot of work to look that good and it’s not even that good. It’s the People magazine of apples so you can walk around eating that apple.”

Of course, not all varieties have worked out. “The hard cider varieties for instance, haven’t always. We had Kingston Black and it wasn’t supposed to bear fruit for 10 years and we had it in for 12 years and harvested about 12 apples in total. A lot of the English varieties we don’t think do as well here—like Golden Russet we get a lot of rot on that,” says Taylor.

The farm’s oldest variety is the Api Etoile, an apple dating back to France in the 1600s. “We planted it because I had a cousin visit me from the Netherlands and our Opa (grandpa) always talked about the Star apple,” says Taylor, who herself grew up on an 800-acre apple farm. “It’s a hard apple that tastes like grapefruit and people use it a lot for decorating wreaths because it can freeze.” 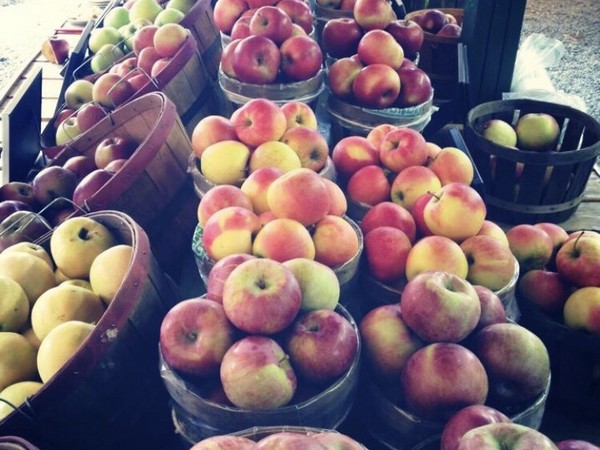 The variances on varieties
Taylor clearly knows her apples inside and out and can easily name her newest (The Crimson Crisp, which after tasting one, Doug called her to say if he was in the Garden of Eden and offered the Crimson Crisp, he would sin); the prettiest (The Orleans Reinette. “They always say Rembrandt painted that because it’s such a unique beautiful apple,” says Taylor); the Pink Pearl (green on the outside, pink on the inside) and perhaps the best-named apple, Maiden Blush (“It’s a yellow apple that does look like a maiden blushing,” says Taylor). “As for newer apples, we’re not one to join clubs. We see all of these club varieties and we run in the other direction,” says Taylor.

As it protects its antique apples, the Taylors also seems to protect its older way of growing them, eschewing any modern developments in apple growing involving irrigations, nets, wires and such. However with so many varieties, it’s not surprising that challenges arise.

“Sometimes we get varieties that aren’t what they’re supposed to be. We planted Kidd’s Orange Red and it’s not Kidd’s Orange Red,” says Taylor. “We had another one that was supposed to be Crimson Gold and it turned out to be something else. This year we had two apples we just called Mystery Apple because we don’t even know what they are.”

The need for patience
As the Kingston Black proved, sometimes patience is tested waiting for apples to appear as well. “A lot of them are biannual bearing or like the Northern Spy, the apple this farm is known for,” says Taylor. “You plant a Northern Spy and you might need to wait eight years before it produces fruit.”

Different varieties are born of different types of trees as well requiring their own unique care. “The Esopus Spitzenburg is a wild, unruly growing tree,” she says. “While the Pink Pearl with the pink flesh inside is a beautiful growing tree that you don’t have to do a lot with.” 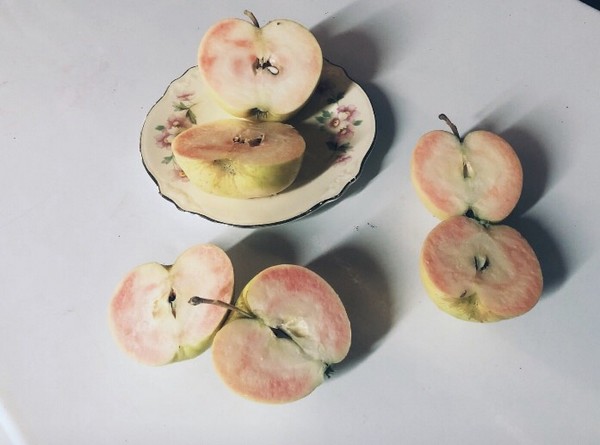 Yields are small on the antique varieties especially with the hard grade the farm gives them. “We sell the antique apples at $2.49/lb. I think my dad would have gotten a kick out of the money we get for apples now. But other varieties such as the Empire, we have those at $1.49/lb.,” says Taylor. “We feel they don’t get the respect they deserve, so we call them the ‘Rodney Dangerfield of apples’."

And at the stand, Taylor takes it upon herself to educate customers about the variety. Especially since oftentimes when customers return to buy more of an antique variety they purchased, they discover it may not still be there due to limited availability at the farm stand. “There are thousands of varieties of apples and I tell people that they shouldn’t dare limit themselves to just one variety,” says Taylor. “It’s been fun watching people learn that they don’t have to latch onto something like Honeycrisp alone.”