The Kingdom of Eswatini’s only commercial avo producer 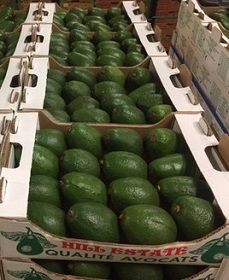 The avocado harvest has come to an end at Hill Estate, currently the only commercial avocado producer in the Kingdom of Eswatini (formerly Swaziland), with very strong demand for its late-season fruit. Hill Estate is a grower-partner of Halls which markets their avocados.

Hill Estate is a mid to late season grower (August and September) located in the southwest of Eswatini, in the Shiselweni region with Nhlangano as its closest town.

Because of its high altitude, it has the advantage of harvesting its fruit during the sought-after later slot when volumes from the rest of the region decrease. The soil, rainfall and general climate around Hill Estate are conducive to avocado production. Given the suitability of growing conditions, the farm is currently converting much of its Fuerte to Hass, with some Pinkerton as well. 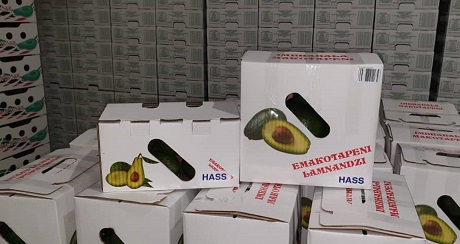 Avocados for the local and South African market (emakotapeni is Seswati for avocados) (photos: Halls)

Their avocado orchards comprise 100 hectares. According to Halls, the area produces avocados of high quality and in 2017 the company worked closely with its logistics partner, LCL Logistics, in road upgrades in order for a reefer container to access the remotely located packhouse in Shiselweni, in the south of the country. Halls works exclusively with Hill Estates who has the only commercial packhouse in the country. 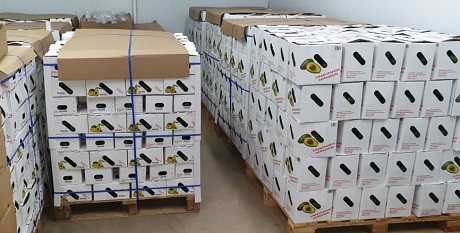 Avocado development in Eswatini
Given the good prices that late avocados can obtain on the domestic market, capable of equalling export prices, there has been interest from various quarters in converting timber plantations in Eswatini to avocados, as has been happening in South Africa in high-altitude areas like Magoebaskloof in order to secure late-season harvest.

There are currently trial blocks in the Piggs Peak and in the Malkerns Valley. Not all of Eswatini is suited to avocado production, with frost in the Highveld area and the Lowveld area too hot for cultivars like Hass.

Eswatini is limited in its market access at the moment (much the same as South Africa). Avocados are exported to the UK, the EU and South Africa.