Official start of the campaign

Mollar de Elche pomegranate harvest reduced by 20%, down to 45,000 tons 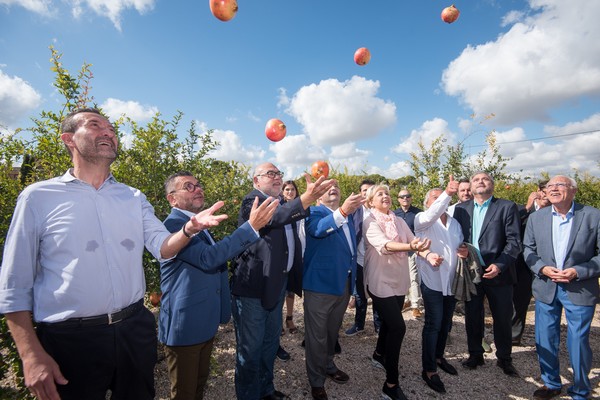 The campaign of the Protected Designation of Origin (PDO) Granada Mollar de Elche has officially started with the symbolic "first cut", carried out by José Gómez, general director of the company Joselito. "Joselito ham and Mollar de Elche pomegranates are two good examples of the fusion between gastronomy and health, which strengthen our country's position as the world's most varied and healthy food supplier," said the head of this company.

Francisco Oliva, president of the PDO Granada Mollar de Elche, said they are facing the campaign "with hope and enthusiasm," and also that there will be about 20% less production due to the rains that were recorded during the flowering (in spring) and the hail that hit some specific areas during the severe storms that took place a few weeks ago. In any case, this lower production volume will allow Elche's pomegranates to reach "larger calibers and to have a better quality." 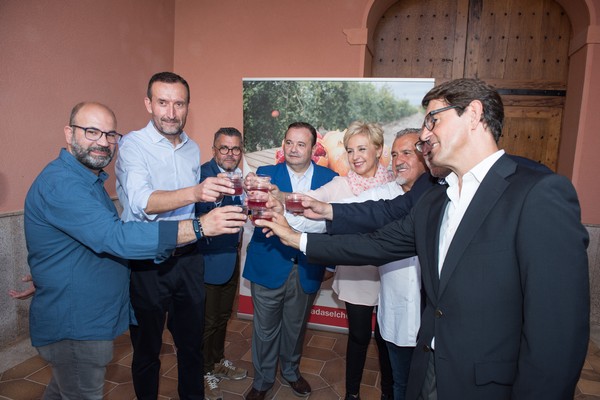 Thus, Oliva says that this campaign, the total production in the area covered by the PDO (L'Alacantí, Baix Vinalopó and Vega Baja) will amount to around 45,000 tons, and out of all of those, the ones sorted as first and extra class may be marketed under the PDO seal. Oliva also highlighted the experience of the nearly 600 producers who are part of the PDO, as well as the struggle of marketing companies to maintain their market shares and explore new business opportunities.

Mollar de Elche pomegranates account for more than 75% of the national pomegranate production. Their producers are also among the largest in Europe and the number one worldwide when it comes to the Mollar variety. The fruit is harvested during the month of October and the marketing period lasts approximately until the month of January.

Francisco Oliva praised the Joselito ham company. “It is an example of international expansion, prestige, leadership, quality and research,” as well as “a symbol of our gastronomy and a representative of the quality of Spanish products.” 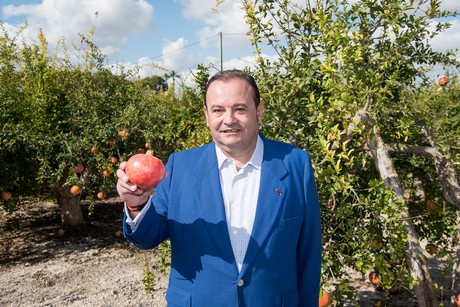 Regarding the challenges for the future, the president of the PDO said that they are ready to “believe, show commitment, fight and ensure everyone rows in the same direction in order to face the challenges ahead for the sector.” He added that those challenges “must be understood as opportunities to move forward in terms of innovation, sustainability, opening of markets, commitment to quality or brand identity. These are the values that make us unique and we are redoubling our efforts to differentiate ourselves and make Mollar de Elche pomegranates even more popular, getting consumers to appreciate them."

The Mollar de Elche pomegranate is characterized by having a sweet taste, as well as soft, edible arils. Also, its natural outer color (which is not as red as that of other varieties) ranges from cream to deep red, depending on its degree of exposure to the sun while on the tree. The Mollar de Elche pomegranate has been marketed under the seal of the Protected Designation of Origin (which is a guarantee of the fruit's quality) since January 2016.