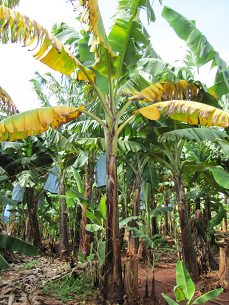 Prof. Altus Viljoen, a specialist in banana pathology from Stellenbosch University, has recently visited Ecuador, the world’s biggest banana producer, where he shared some of his international experiences on TR4 with growers and government authorities.

In conjunction with his colleague at the Department of Plant Pathology in Stellenbosch, Dr Diane Mostert, they trained scientists from universities and Agrocalidad, the state agency for plant and animal health, in diagnostics, biosecurity and management of the disease.

Eighty percent of Ecuador’s banana producers are small-scale farmers, planting over 300,000 hectares, which considerably complicates its protection against TR4.

However, Prof. Viljoen is not fatalistic about the future of the Ecuadorian industry. “I don’t think the arrival of TR4 in Ecuador is entirely unavoidable."

In South Africa the arrival of Asian greening disease is viewed as imminent rather than a mere possibility. Does he feel the same about TR4’s arrival in Ecuador?

“TR4 is a soil-borne fungus, which makes it quite different from Asian greening, a devastating disease of citrus which is spread by a vector. TR4 is disseminated by someone making a mistake somewhere along the line. The scale of banana production in Ecuador is considerable, which does not leave a large margin for error. If introduced into the country, the disease would be very difficult to contain. The Ecuadorian industry is understandably rather concerned about it.”

He’s hesitant to label the confirmed presence of TR4 in Colombia as a catastrophe, noting that TR4 has become a buzzword which has stimulated a lot of projects and campaigns, at national and international levels, not all of them sufficiently coordinated. 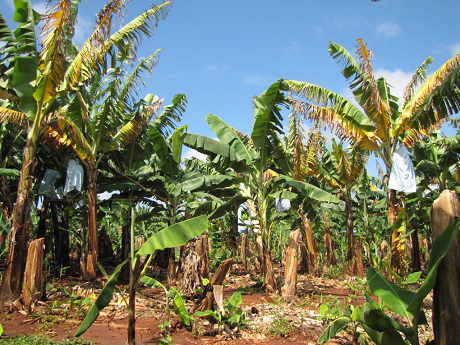 TR4 to be discussed next month in Maputo
In Africa TR4 is still confined to two banana farms in northern Mozambique, one of which went bankrupt and has now been bought by Jacaranda Agricultura Limitada. Jacaranda is replanting the infested area with a Cavendish somaclone called ‘Formosana’.

“The Formosana plant is tolerant to TR4,” Prof Viljoen says cautiously. “The plant performs well under conditions of low pest pressure, but losses will increase in soils with high TR4 pressure. Formosana grows a bit slower than Cavendish cultivars such as Williams and Grand Naine, and its yield is therefore a bit lower.”

Next month banana experts from across the world will attend a meeting in Mozambique to discuss a new strategy to deal with TR4 in Africa.

There will also be a banana conference organised by the Mozambican Ministry of Agriculture and Food Security and BananaMoz, the country’s newly established banana producers’ association, at the same time that a workshop on TR4 in Latin America takes place in Miami.