The avocado industry has been going through a "golden era"

If the world was to increase its consumption of avocados to the same level that the United States has over the past three decades, there will need to be more than 52 billion pounds (23.8 million tonnes) of the fruit produced worldwide to meet that demand, according to the California Avocado Commission. 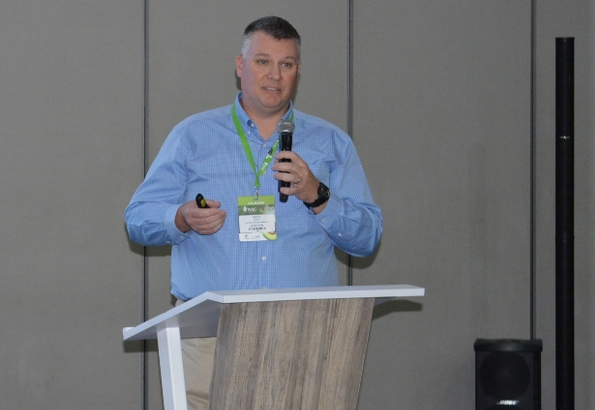 Speaking at the World Avocado Congress in Colombia, Research Program Director, Dr Timothy Spaan says the U.S.A. has shown there is tremendous potential to increase demand. He explained that consumption for the fruit across the country was only 1.6 pounds (approximately 725g) per person in the early 1990s, while today, that has grown to nearly four kilograms per person.

"In 2018, the world produced about 11 billion pounds (45.3 million kilograms) and the world population was about 7.5 billion people," Dr Spaan said. "We all consumed about 1.5lb per person of avocado. That's the level the U.S. consumption was at nearly 30 years ago. So, if you raise the entire world consumption of avocados to where the U.S. is now, we would need to be producing 52.5 billion pounds annually around the world."

Dr Spaan added that in the United States, 51 per cent of households buy avocados, with the consumption rate in California more than 70 per cent.

"That's reaching levels that, to me, are staple foods, like grains and things like that," he said. "I don't know many other fruits and vegetables that you could say 70 per cent of households buy on a regular basis." 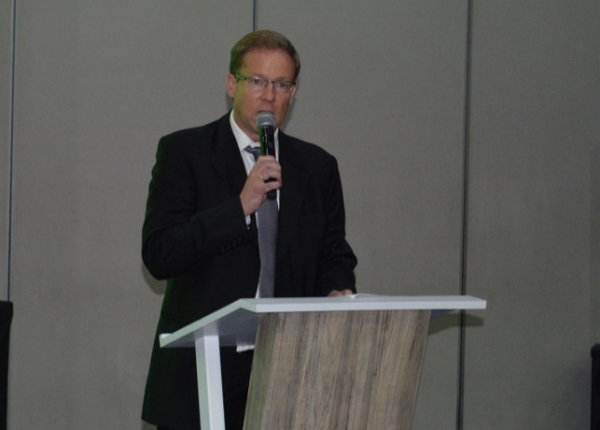 World Avocado Organisation Chairman, Zac Bard says the industry has been through a "golden era", and the goal is to prolong the "really good times".

"The volumes sold in the European Union has almost doubled since 2015," he said. "That's quite something special. Despite the high production, demand in the market has grown, and this is reflected in the returns that the growers have received over the past couple of years. This year has attracted significant plantings, and we have to be prepared for what these plantings will result in for the future. We need to form new markets, and we need to grow existing markets - the volumes are coming - the trees are in the ground."

Peruvian Avocado Commission is one organisation that will be looking to build on the strong demand. It is one of four organisations that are a part of the federal promotion program for Hass avocados into the U.S.A, which has the main goal of increasing consumption and demand across the country. 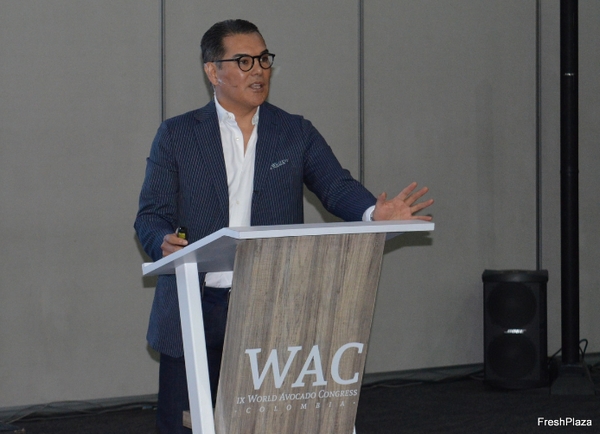 Over the past year, Peru has shipped 180 million pounds of the fruit into the country, which is about 7 per cent of the market, but it has a concentrated three-month window in June-August. President and CEO, Xavier Equilia explained to the Congress that volumes in the United States market over the past four years has been "pretty static", at the same time there are health and wellness drivers from consumers.

"We are happy to hear that Mexico will be shipping more this year, because the category needs to grow," he said. "We believe that avocados are at the centre of health and fitness, so we never promote with junk food, because our product is too special for that. We target everyone that eats, but our focus is millennials. We believe that the young people are changing the world, so we need to emphasise the avocado message for them. Two thirds of the US population are under the age of 40. They all love to eat healthy, they regularly eat plant-based diets, and love reducing meat consumption. We are selling avocados first and foremost, not the origin first. We believe that if we sell the healthy lifestyle and fitness image of avocados, we will get our fair share at the end of the day." 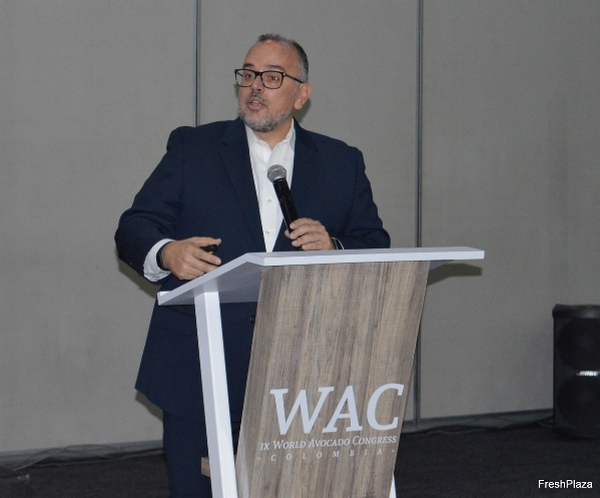 President of Avocados from Mexico (AFM) Alvaro Luke told the congress that in seven years the number of avocados sent from Mexico into the United States has almost tripled, and just last year the record for U.S imports reached 2 billion pounds. He added that rather than try to get a bigger market share, a major strategy from his organisation was to increase the size of the market overall, with a share of wallet strategy.

"What we are trying to do is, the people who are buying avocados, to buy more," he said. "So, say 50 per cent of households in U.S.A are consuming avocados, the easiest way would be to look at the other 50 per cent, and grow the market through them. You have to look deeper than that, 73 per cent of the households are consuming three avocados or less per month. There's a huge opportunity to grow demand through those who are already consuming avocados throughout the year."

Mr Luke says branding has been a major part of AFM's success; when the company started five years ago it had a 20 per cent of consumer brand preference in general marketing in the United States, which has grown to 60 per cent today.

"We decided that we wanted to be different," he said. "If you see a lot of brands the story is very similar; it's about the origin, the growers, clear waters, the blue skies and green fields. We wanted to do something completely different. We are using the idea of Mexicanity, which is what we believe is the soul of the brand. It is how we are, how we look and how we sound when you interact with us. If you open the minds of consumers in the U.S.A, and start talking about Mexico it will more than likely end up in a party; with food, with friends, drinking coronas, and pinatas. It's all positive, and good feelings, with good memories. We want to be sure to take that positiveness and vibrancy of origin into the brand. So, we are full of colour and happiness."

But after the brand was formed, AFM thought big to get the attention of the consumers - and in the world of marketing and advertising, there is no bigger event in the United States than the Super Bowl.

"We needed a punch, and we needed to tell consumers that we were here," Mr Luke said. "In 2015, we became the first produce brand to advertise during the Super Bowl. It's a marketer's dream, but more than that, it is an effective way of using your dollars, if you create a campaign around what you doing with the industry. After five years in a row of advertising, we have been able to create 27 billion brand impressions into a story that we wanted to tell over the five years. We need consumers to understand that our fruit is valuable; we are always in season; we are healthy and we are delicious. Also, the virtual report, which is the most important digital report for the Super Bowl has shown we are the only brand in history to be in the number one and number two spot for four years in a row. Not even Budweiser or Pepsi could do that. So, we are demonstrating that a fruit can not only participate, but also win."