Supply from the Mediterranean is increasing rapidly

"Nice demand and a healthy supply of pomegranates"

The supply of pomegranates from the Mediterranean region is  gradually gaining momentum. The Spanish batches have been available for a few weeks, and supplies from Turkey are growing rapidly. In parallel with the abundant supply, demand is also gradually picking up, observes Murat Demirel, head of Bremen-based wholesale NHD FruchimportLLC

The European season has now definitely started, says Demirel. "The first Turkish pomegranates arrived last week. And although Turkey is usually a tad cheaper, the pomegranates from local cultivation are in no way inferior to the Spanish batches." 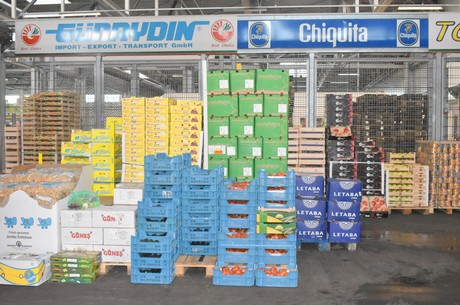 At the booth of NHD Fruchtimport, tropical and exotic fruits dominate the scene.

Good market for pomegranates
All in all, the retailer based in the wholesale market offers his mixed clientele of weekly market feeders and small specialized retailers three varieties at this time of the year. Thus he was able to accommodate every taste. "From Turkey there is now the early variety Hicaz, an established and extremely popular variety. From Spain there are currently two main varieties, a sweet white and a sweet, slightly sour." 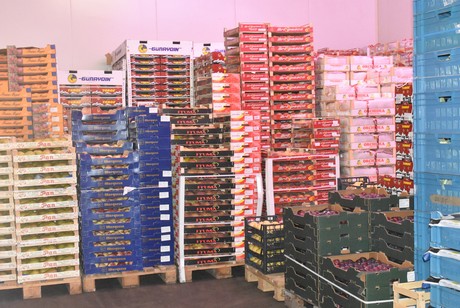 All in all, the current market situation is very pleasing, according to Demirel, who usually offers the Mediterranean pomegranates until January / beginning of February. "The demand is already very large and will continue to increase due to the current prospects. Maybe this has to do with the pretty low prices at the beginning of the season. However, in the long term, we also notice that more and more locals get to know and appreciate the pomegranate." 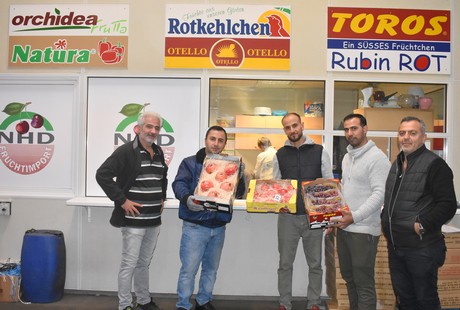 The stand operators of NHD: Second from left Murat Demirel. On the extreme right, his brother and chief executive Hüseyin Demirel.

Soon change to citrus
NHD Fruchtimport was founded in 2006 and has since then specialized mainly on the import of fruit extracts, tropical fruits and vegetable specialties. The seasonal specialties include table grapes, turkish figs and citrus. "Clementines are currently still coming in from South Africa, but by the end of the month we will switch to Spanish goods. We usually do not market Turkish satsumas because the demand for these - at least that of our customers - is rather limited."