Dutch seed company, Pop Vriend Seeds, recently held a full soil open day. The acquisition of the company by KWS Saat was, naturally, an important point of conversation among the visitors. KWS is already the fourth largest seed breeding company in the world.

With this takeover, this German company hopes to gain a position in the vegetable breeding market. Pop Vriend Seeds is a market leader in spinach seeds. They also breed beans, beetroot, Swiss chard, and carrots. This company has grown considerably in recent years.

In 2014, Pop Vriend Seeds set up a brand new lab. And in 2018, 2,500m2 was added to their seed packing house. This company could benefit significantly from KWS Saat's sugar beet breeding program. "This will turn a quick profit for us. However, other breeding programs will also benefit from KWS's expertise," says 'Mr. Bean' aka Gerthon van de Bunt, Pop Vriend Seeds' Senior Bean Breeder. 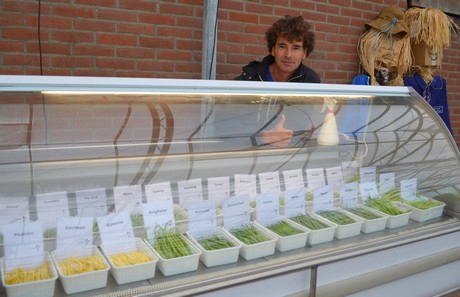 Pop Vriend Seeds has been trading in bean seeds since the 1950s. This company continues to develop seeds for both the industry as well as the fresh market. They do this via breeding programs. There is enough genetic variety within beans. They also have multiple cycles per year. You can, therefore, quickly breed in the straits you want, says Gerthon.

“Every country has its preference when it comes to beans' length, thickness, and color. There are petite varieties that are eaten mainly in France. In the United States, people prefer large, long beans. String beans are popular in the Mediterranean countries - Southern France, Turkey, and Spain. We breed yellow beans mostly for the Eastern European market. The beans' shelf life is an important factor. Especially when it comes to race selection. We want to prevent beans from going brown during storage." 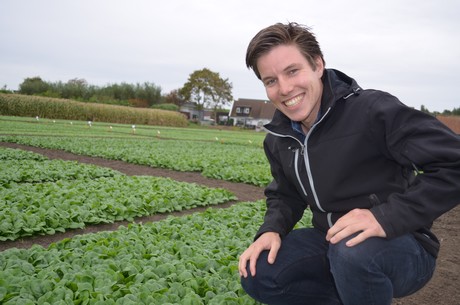 Pop Vriend Seeds is a market leader when it comes to spinach. As such, they invest heavily in breeding programs for the fresh market and processing industry. Spinach is considered a superfood in many countries. It is used in salads there. In the Netherlands and elsewhere in Europe, people prefer to use frozen spinach for dinner. The demand for fresh spinach is, however, growing. This product can increasingly be found, prepackaged, in the supermarket. 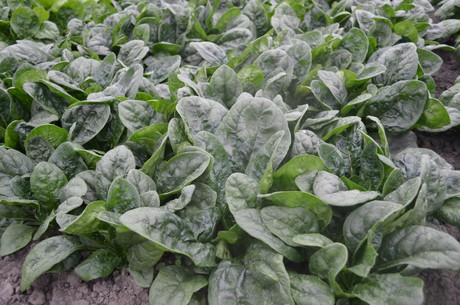 “Smooth-leaf, as well as savoy (puckered) leaf spinach, is used for the fresh market. There are many races from which to choose. The advantage of savoy leaf spinach is that it is more easily processed. It is more voluminous, and the leaves also stick less to each other," says breeder, Johan Rijk.

An essential aspect of spinach is its leaf color. The darker the leaf, the more nutrient-rich and the better it stores. There is always a battle against downy mildew in spinach cultivation. Pop Vriend Seeds has managed to develop spinach varieties that are resistant to the latest strains of this type of mildew. This means that during cultivation, as little pesticides as possible, are needed. 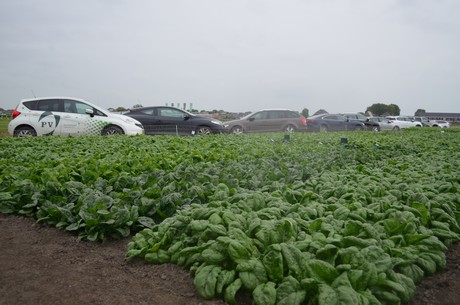 Large spinach plants with stems for the Asian market.

The Asian market is the third important market for spinach. There, entire spinach plants of about 30 cm are bundled together. They are sold in bushels of ten plants. These are mostly used for stir-frying. 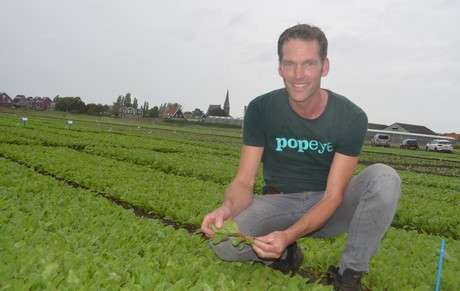 Marnix de Kroon is responsible for the breeding of Swiss chard and beet.

Swiss chard is a  new favorite superfood. This vegetable's popularity has experienced fast growth in recent years. The leaves with the red veins are especially popular. This is according to another breeder at Pop Vriend Seeds, Marnix de Kroon. "I have noticed a market transition from OPs to the far hardier hybrid varieties. Swiss chard is related to red beets. Beets are another of our specialties. Swiss chard is mostly used in bags of mixed leafy vegetables." 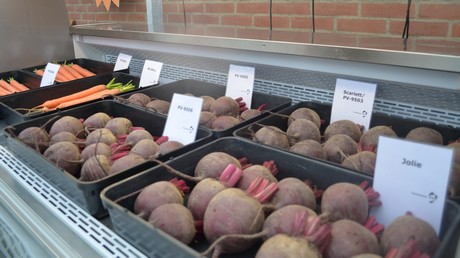 With beets, the breeding program's focus in on a high sugar content. The beets must also have an intense red color. This program is aimed at the fresh market and industry. Pop Vriend Seeds has also been involved in a carrot breeding program for several years. They are now offering the first commercial varieties.