Quinces are enjoying increasing popularity in the trade

Quince have always been a marginal phenomenon for German retailers. The import of these fruits (especially from Turkey) has barely increased in recent years. Between 2014 and 2018, import volumes fluctuated around 3,200 to 3,800 tonnes (see chart), according to the German Federal Agency for Agriculture and Food (BLE). 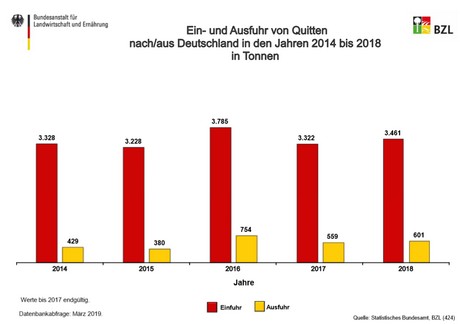 Good price, manageable margins
The wholesaler imports the quinces himself from his home country, Turkey, and markets them at the wholesale market in Bremen under the private label Sinerji. "The demand for quince is increasing from year to year. One can use them in many different ways, for jams or sauces, but they are also suitable for fresh consumption."

In terms of price, the fruit specialty is comparable to a pomegranate, says Cetin, at between € 1.99 and € 2.99 per kilo. "But the margins are much lower comparatively," he says.

Saban Cetin sees in the wholesale business a current trend compared to the BLE numbers.

Acreage throughout the Mediterranean
The quince is a seasonal product and is usually available from October to January. But there are also some offered in May,says  Cetin. "It should not be forgotten that the fruit is now cultivated in many countries in the Mediterranean, and in addition to Turkey, it is also available in Italy, Spain and Greece." 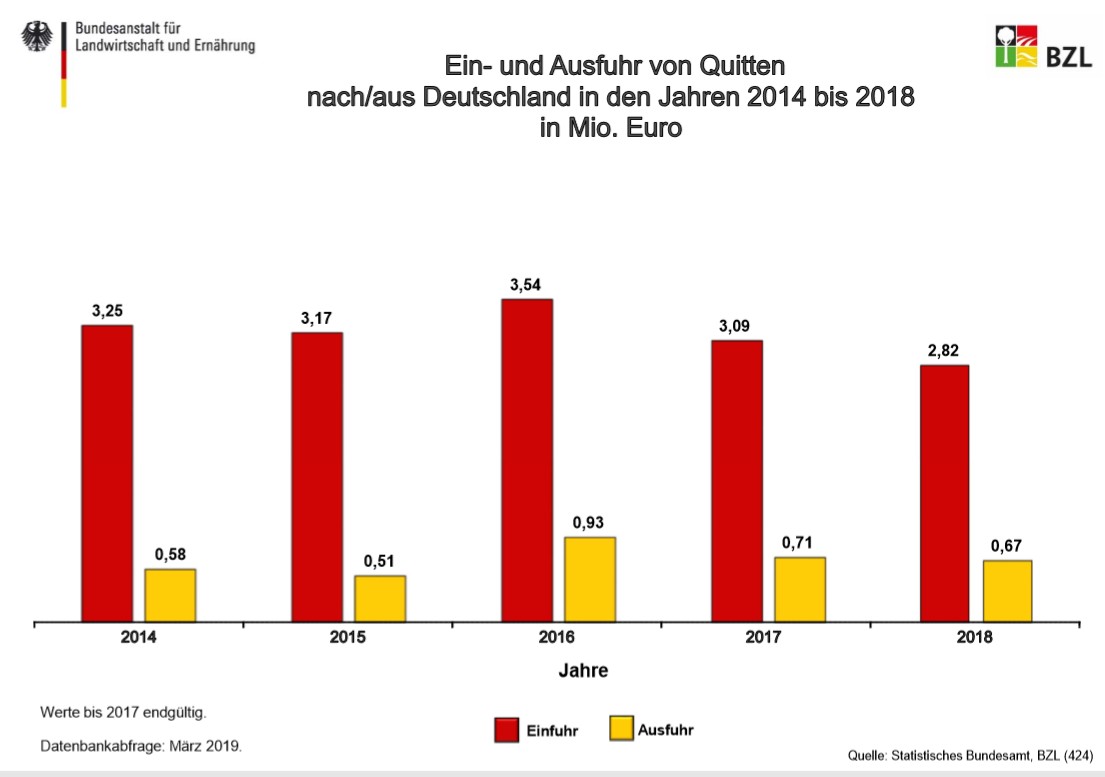