The citrus campaign is underway in the Region of Valencia with the harvest of the early clementine varieties, such as the Rubí and Oronules. The lower yields this year and a slower harvest than usual due to the warm temperatures is translating into a market without too much fruit and with acceptable prices. 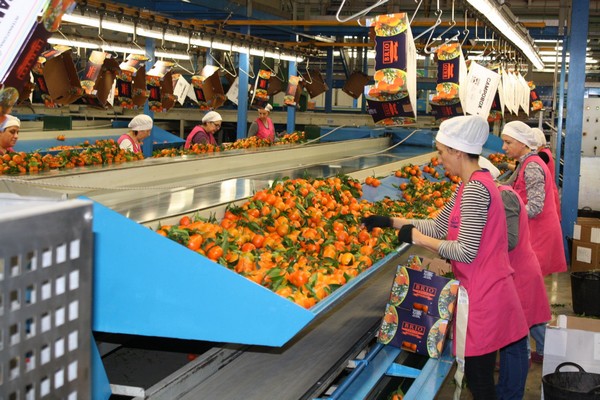 “We started marketing the first Clemen Rubí 2 weeks ago, and now we are starting with the Oronules clementines,” says Abel Alarcón, manager of Brio Fruits, of Gandía. “The start of this campaign has been slow so far because of problems with the coloring caused by the high temperatures, especially during the night. This, in part, is good, because it allows the fruit to be marketed in a continuous, but measured manner, preventing the stress of being forced to sell it quickly,” says the producer and exporter.

“This year, we expect to harvest around 30% less clementine, especially of the Clemenules variety, which is the most popular in terms of volume in the sector. With less fruit in the trees, there is an abundance of large sizes, as we have been able to verify during the harvest of the Rubi and Oronules.” 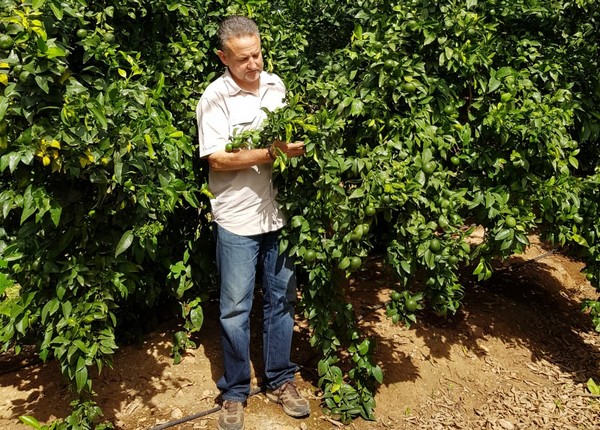 Abel Alarcón, at one of his Orri mandarin plantations with protected cultivation .

The drop in volumes, together with the slow ripening of the fruit, are resulting in a market without complications, with very acceptable prices and without pressure, said Abel Alarcón. “It is remarkable that some producers have already been harvesting Arrufatina clementines for a few days, as this variety is usually harvested two weeks later; it is a consequence of there being little fruit available. At this time, we are competing with the Orri and Nadorcott mandarins from South Africa, Peru and Argentina. We are currently dealing with small volumes, but the supply from these countries is expected to grow in the future and become a tough competition.”

It should be noted that the severe storms recorded a few weeks ago have not had any impact on the quality and quantity of the citrus fruits harvested in Valencia and Castellon. “Fortunately, there was not a lot of fruit ready to be harvested, although the heat that came after caused the fields to dry quickly. In fact, the rains have allowed the fruit to reach larger sizes and also cleaned the trees. However, in some areas, like Orihuela, in Alicante, and in Murcia, producers have not been so lucky and vegetable crops and some lemon, mandarin and early orange fields have been greatly affected.”