Growers of Ambrosia apples in British Columbia are finally harvesting their crop after it was delayed due to cooler than usual weather. The unseasonably cold weather pushed the season back by about 7 - 10 days compared with 2018, but now growers are busy harvesting. Rick Chong of Sutherland S.A. Produce says growers are continuing to increase their acreage of Ambrosia apples each year.

"We began harvesting the Canadian Ambrosia apple crop in early districts on September 21st," he shared. "The northern Okanagan Valley began picking at the start of this week. Canadian Growers continue to plant large acreages of this popular variety year-on-year and volumes have risen exponentially as new plantings mature." 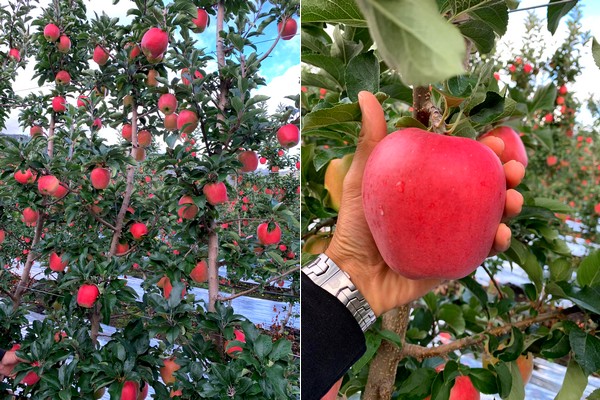 Strong market expected for "AAA quality"
The cooler weather has had more of an impact on the Ambrosia crop than a simple delay. Suppliers are expecting tighter volumes on certain grades this season along with larger fruit sizes. Consequently, the market is expected to be strong, especially for the higher grade fruit.

"We expect export volumes of 'AAA quality' to be very tight this season, with the crop down by 50 percent," Chong observed. "In the early picks we are generally seeing bigger fruit (one size larger) than last season. Apple firmness is also better than 2018, but the cold, cloudy weather has had a negative impact on our AAA color specifications. FOBs will remain strong for AAA, while there will be some bargains for "AA quality" as growers will have more inventory than they generally like." 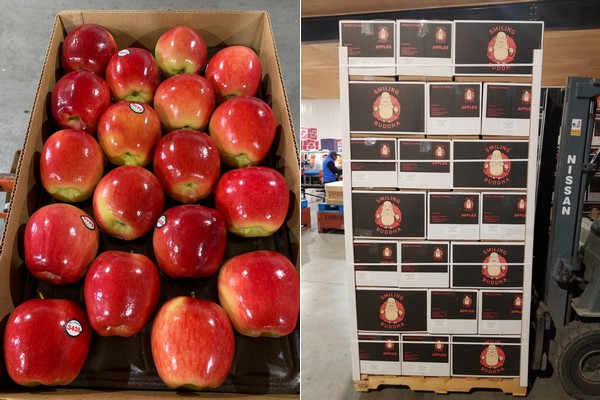 More projects for export markets
Sutherland S.A. Produce specializes in sourcing fruit from around the world and exporting them to numerous markets. For example, the company ships apples from Canada, Washington state and Chile. Chong said the company is not done expanding and will continue to build on its existing foundation.

"We are quite happily continuing to expand our export markets for Canadian grown apples," he said. "Seeing an increased interest from new importers and countries, as escalating global trade wars affect volumes that were previously sourced elsewhere. The Sutherland Team will be down in Chile in November and December, working on new programs for Vietnam and North America."