Hailstorm destroys apple orchards in the province of Ferrara

A devastating out-of-season hailstorm hit the province of Ferrara, destroying apple crops and damaging plants, with impacts that will be still be felt next year. The event occurred on October 3, 2019. 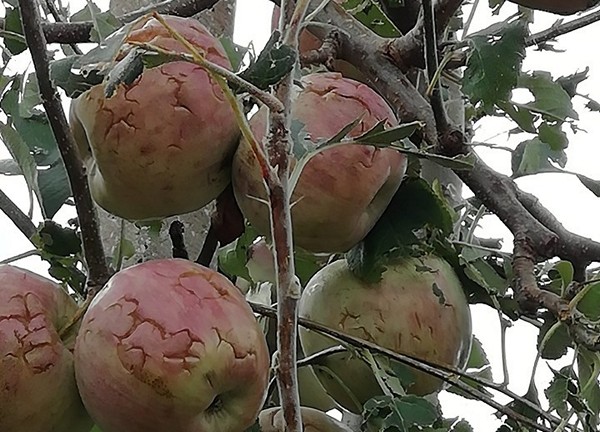 "A heavy hailstorm hit Consandolo Argenta and Gualdo," technician Alessandro Passerini explained to FreshPlaza, "with damages to apple orchards in harvest time that had no protective nets. And that's not all: I've heard of an anti-hail system in Consandolo that collapsed under the weight of the ice, with great damages to Pink Lady apples". 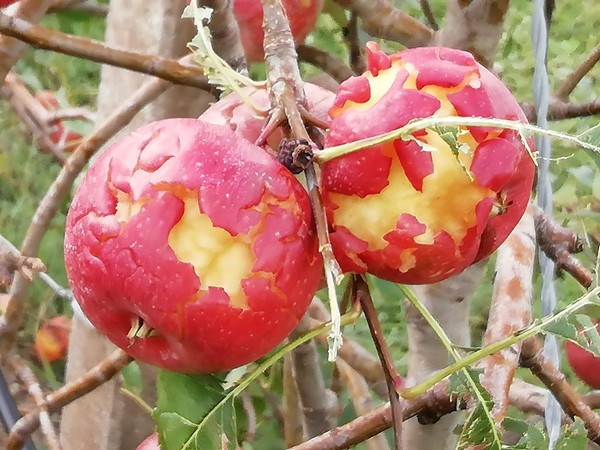 The hailstones were as as big as a walnut, followed by gusts of wind and floods. "According to Confagricoltura, the heavy out-of-season hailstorm hit the strip of land that goes from Cona to Gaibana, crossing Voghiera. The pear orchards were affected too, causing injury to young buds. It's unusual to expect a hailstorm at this time of year. 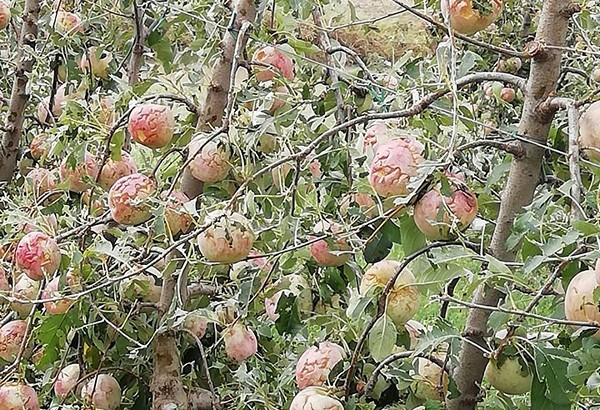 Coldiretti Ferrara also spoke about the event: "This year the territory of Ferrara recorded parasite attacks, such as the Asian bug, and fungus attacks such as the Alternaria, to name just a few episodes that knocked down especially the fruit cultivation. The violent downpour and the large-diameter hailstones did nothing but worsen the situation for other fruit orchards, including Golden and Fuji apples". 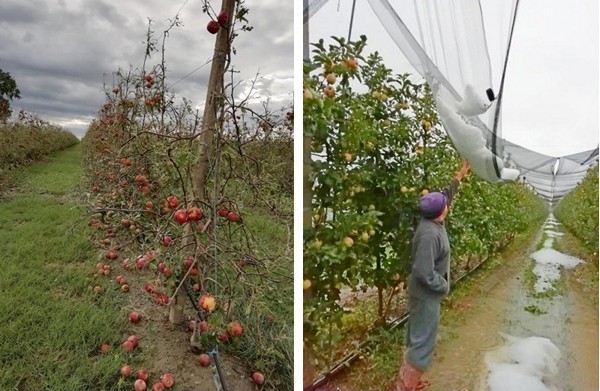