The eating quality of early season Australian mangoes is still very strong, according to the Australian Mango Industry Association (AMIA), despite some challenging cool weather for growers throughout the first month of Spring.

Darwin growers are now in full production and it is expected to last for the next month, with the first big harvest of the year being experienced in the region this week. The AMIA CEO Robert Gray says the peak weeks have been slightly later than usual.

"We’ve had cool nights consistently, and it has been so dry across Northern Australia, meaning the night time temperatures have been low all year," he said. "It initially drove the strong flowering, but it has delayed the maturity process. So, we are running a few weeks later than what we thought we would have been. It's peak time for the Kensington Prides (KPs), while it's the initial harvest for the Calypsos. Harvest is also just beginning for the Kununurra and Katherine region, which is the next cab off the rank, to peak in the next 2-3 weeks." 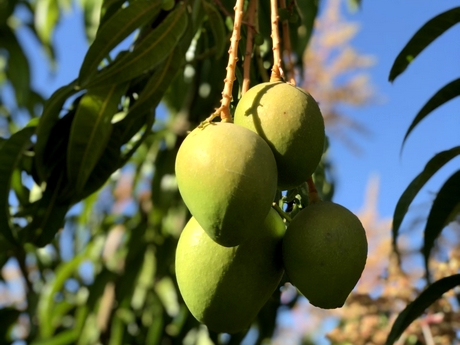 Photo: some mangoes maturing in Darwin

Overall, forecast volumes are also expected to be quite strong and up there with their biggest seasons, although Mr Gray says it still remains to be seen what impact the weather has on overall totals.

"As it has been quite dry, fruit sizing has been a bit smaller, which will probably take the edge off the total quantities a bit," Mr Gray said. "There has also been a bit more fruit drop with the dry windy weather. So, we have probably gone from what would have been a super big crop, to one that is still quite large - just not as significant as it was once looking. Needless to say, there will be an abundance of great quality mangoes out there. The maturity testing that is being conducted on farm is showing high levels of dry matter, which is equating to a good eating experience."

"It is obviously growing and it is amazing how that corner of the world is transforming the shape of exports out of Australia in general," he said. "The growth that is happening in some of the more mature commodities, such as citrus and grapes, is just powering into those markets and occupying that premium space. Those same customers are very much looking to mangoes as the next wave in terms of growth opportunities for high-quality fruits out of Australia. We are very much in that space; we are certainly getting pulled along as a result of the growth of other Australian commodities." 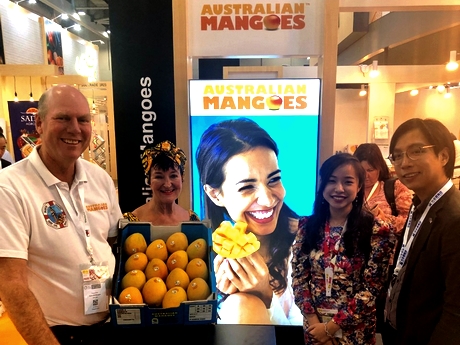 The United States market is also an area of focus for the AMIA, particularly around California and Texas, which is expected to grow this season. All four of the major varieties being grown in Australia have had success in the USA, and Mr Gray says a lot of the development there has been gradually breaking down some of the resistance to irradiated fruit, which is on the protocol to send fruit to the country.

"It has been positive for us that we have been able to convince the high-end retailers that it is a safe, positive treatment process," he said. "So, where they have been saying we won't stock that fruit, we have now got examples of them doing that. That is also one of our barriers in the Asian markets; having a range of de-infestation processes that allow us to grow our business. At the moment, for access into China, South Korea and Japan, the only option we have is vapour heat treatment (VHT). As an industry we are working hard to increase the treatment options, and add irradiation."

He says the AMIA is also undertaking research and development around the conditional non-host status of mangoes, when they are picked green and hard on the tree. Mr Gray would like to see similar access to the protocol that was recently given to Western Australian avocados into Japan, by utilising the non-host status.

"We need to demonstrate that mangoes are in the same boat," he said. "One of our main objectives is to have a range of treatment options so that we become a more reliable, lower-cost, higher quality exporter into markets where they need assurances there is no pests of concern getting through." 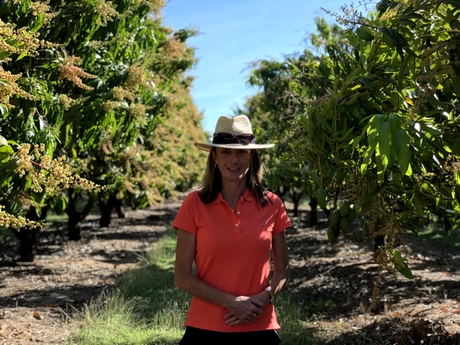 The peak industry body recently welcomed Bryony Hackett, who this week replaced Samantha Frolov as Industry Development Manager. The AMIA CEO says she a wealth of experience across the fresh produce sector including at the Costa Group, working in the glasshouse tomato business right through to being a senior manager at the company.

"She's in the key coordinating role for the organisation," Mr Gray said. "Her role is managing our IDOs in the field, and is responsible for implementing all the export coordination activities, and the best practice development project that we are working on to improve quality in the mango industry. Our forecasting project also comes under her responsibilities."

The commercial mango season officially began on September 19, with the annual Mango Auction at Brisbane Markets. Alexandra Catalano became the 2019 Mango Queen after purchasing the $25,000 tray of mangoes. While preparations are also underway for the Mango Mess-tival, which marks the peak of the Australian season, with promotional events on Sydney's Bondi Beach.