Apple growers in Ontario are entering what could be described as their peak harvest season. The season itself has been running late since the spring thanks to cool and rainy weather, with summer producing conditions that allowed them to catch up. As a result, growers say the harvest ended up a week behind, compared with the average. Having a later start has a silver lining however.

"A later start to harvest is a boon for us as the apples achieve a better colour," said Peter Katona of Martin's Family Fruit Farms. "Some of the earlier varieties started coming off in late August, and our main season is now well underway."

Katona added that volume is closely in line with the long term mark, depending on variety. "Some of the varieties, such as Honeycrisp, can have up and down alternate years," he noted. "This year, Honeycrisp is on a down year so we are seeing more limited volumes. However, this is offset by the excellent sizing and quality we are seeing this season." 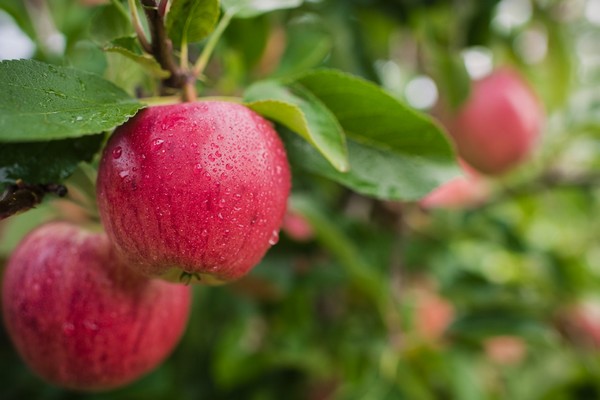 Varieties
There are a number of varieties that are currently being harvested in Ontario. Aside from Honeycrisp, several red varieties including Gala and Macintosh are now available. Katona shared a sampling of what Martin's Family Fruit Farm is shipping now and over the next few weeks.

"We have more eastern apples on the way, including Cortland," he said. "We also do a lot of Ambrosia apples, which will be available by the second and third week of October. Then we move on to Red Delicious as well as Golden Delicious and also Fuji into November. Crimson Crisp is another variety we carry. This is still a newer variety and therefore volumes are limited. It is performing well for our retail partners, as it is a dense apple with a very striking color."

New salad toppers being launched at PMA
Croutons made from bread are a classic topping for salads. Martin's Family Fruit Farm has taken the concept and created a new take on the salad topper, creating three new products in a line they call "Saladitions". The product is not without precedent, with the company already producing dehydrated apple chips for a number of years.

According to Katona, Martin's wanted to create a healthy alternative to the bread-based crouton for salads, with the added benefit of being gluten free. "We will be officially launching our new Saladitions range at the PMA Fresh Summit this month in Anaheim," he shared. "We wanted to create a healthy, fruit and vegetable based salad topper as an alternative to traditional croutons." 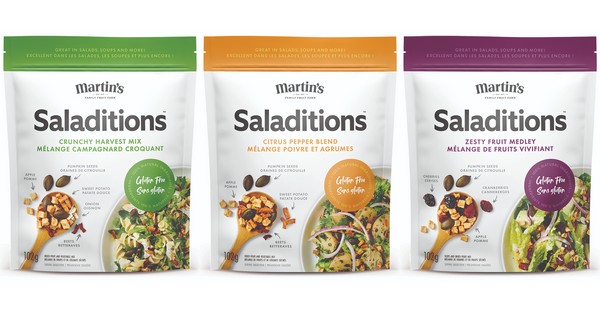 The company has introduced three varieties for the new line:

"We feel this is very on-trend with more consumers seeking out healthy alternatives to their traditional favorites," Katona described. "Saladitions will come in 102g packs, or about 3.6oz. and will be officially introduced at PMA where we will have samples available. Production will begin before the show with first distribution into Canada, followed shortly by the US. We hope to have this innovative line up featured in the produce departments of many of our existing retail partners in both Canada and the US this fall."

Martin's Family Fruit Farm will be at Booth #2466.