Following the tail end of Hurricane Dorian touching down in the region earlier this month, Prince Edward Island potato growers are watching and potentially still waiting for yield on their fall potato crops.

“The outcome of the hurricane varied across the Island. We had heard a variance of 12 - 125 mm. of rain fell province wide with the bulk of the rain being in the central, western regions,” says Jennifer Harris of Mid-Isle Farms in Albany, PEI. “The fields had dry conditions at the time which allowed for the moisture to be absorbed surprisingly well. Unfortunately, the wind took its toll on the plants themselves some varieties more than others, and in some areas more than others.” 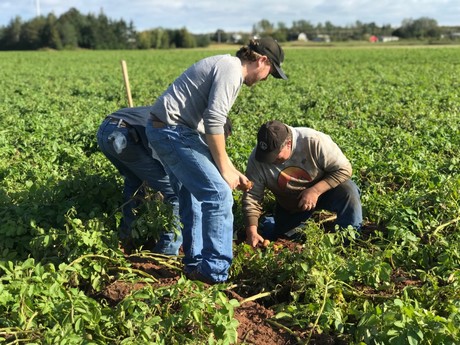 She says that most growers will begin harvesting this week or the week after, as per usual. “What we’re waiting on is too see if they’ll bulk up and get any more size,” she says. “The question is: just how much energy did the wind take out of those plants that will reduce bulking? The wind itself probably took one to two weeks of growing off the actual tuber.”

Following Dorian, the region also saw a frost blanket the fields. “So growers are watching to see what happens, we are still hoping they will bulk up,” says Harris.

Crop size less than expected?
Harris says the quality of the potatoes looks good though but overall, the hurricane’s effect may mean a slightly below average crop for the Island. “Had we not had those strong winds and frost, we could have a nice average crop,” says Harris.

Yet, waiting too long could weigh heavily on the minds of some growers. “Last year was one of the worst in history. We were in a similar position where we were waiting for the potatoes to bulk up for more yield” says Harris. “Because of that, growers took a chance and held off digging. Weather turned against us and we got caught and left approximately 7,000 acres in the ground. I don't think growers are going to take that risk this year if they can help it.” 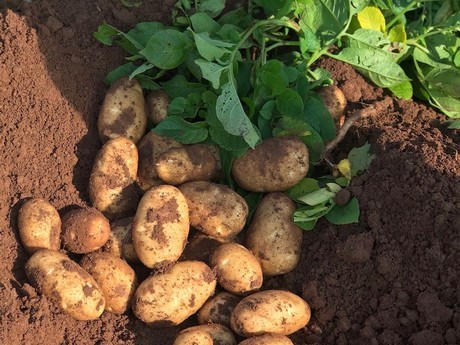 As for demand, Harris says that with potato growing regions across North America reporting mixed results—some more fortunate, others less so--she’s hoping it will balance out and create a demand for the product allowing the farmers to get a decent return.

“I’m optimistic that we’ll see strength in pricing and that hopefully last season has set a tone for what price should be paid for potatoes,” she says. “I don’t think we’ll see prices like last year but last year seemed to be the perfect storm of events for many global players.”