Supplies of pears are looking good throughout major producing regions of the U.S.

“There are still some of the later pears coming off right now. Everyone seems like they had a pretty good crop. Some are saying that the Anjous might be a little bit tight though,” says Jason Fonville of Ag Grower Sales, LLC. in Wenatchee, Wa., who adds that it began with the Bartlett variety and is now moving into the Bosc and Anjou varieties. “And when harvest started depends on location. Some started right on time and others are running two weeks late. The weather wasn’t uniform across the regions so it really depends on where they’re coming from.” 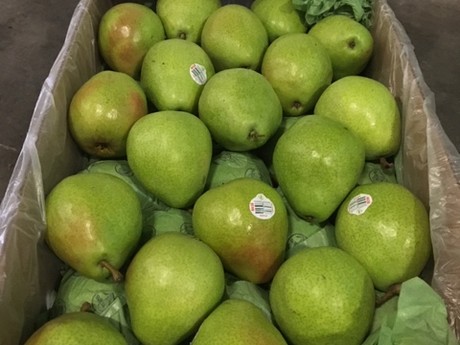 Fonville does note that the sizing looks different than last year’s sizing. “In the last two seasons it seems like we didn’t have any 135s or 120 or 150s, so the institutional-sized fruit. The market was pretty high for it last year,” Fonville says. “But this year, it’s flip flopped. Now it’s the 60s, 70s and 80s that have the higher prices and we’re peaking on smaller fruit right now.”

Late start in California
In California, Scott Fraser of Scully Packing in Finley, Ca. says its supplies have also been good and it expects to have solid availability of Bartletts and Boscs into November. “The Mountain district, comprised of fruit from Lake and Mendocino Counties, was harvested concurrently with the Nortwest crop,” he says.

Fraser also adds that the California market had a late start this year, though sales are on par with last year at this time.

Across the country in Pennsylvania, a state where pear growing can be challenging thanks to the local climate, Ellen Boyer of Boyer Orchards in New Paris, Pa. says her supplies are good this year but it’s not the case with all growers. “For us, the weather has been much better this year—last year we had excessive rain and this year the weather was much more cooperative. The crop size looks better,” she says. She adds that the sizing also looks better than last year’s crop.

At the same time, Fraser also notes that there was significant import competition this year from Argentina and Chile along with the later-running California season. 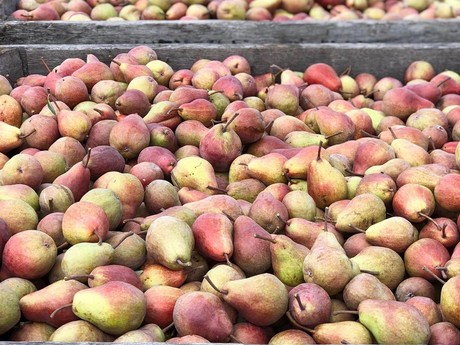 Demand even
Fraser says that demand for pears is spread evenly across retail, wholesale and foodservice markets and that while retailers typically prefer larger-sized fruit, foodservice is taking advantage of the small sizing such as 135s to 150s due to pricing.

Fonville over at AG Growers describes pear demand as moderate to good currently.

As for pricing, it’s a flip from last year. “For the retail sizes, so the bigger ones, pricing is high and on the small size, pricing is low,” says Fonville. “That’s the opposite of the last two years.” Fraser adds that pear pricing has dropped in the last few weeks but that the fruit quality has been good. 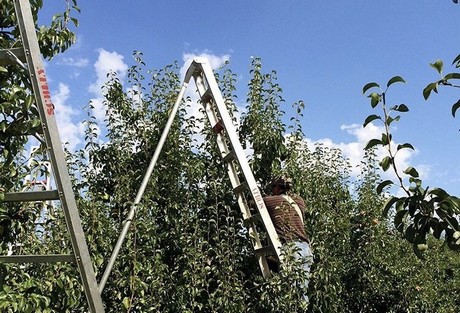 Concerns over ripening
As the pear market continues to move through the season, Fraser notes one concern that is on the minds of some in the industry. “Consumption developing will depend on the industry’s use of 1-MCP, which inhibits the proper ripening of pears. It’s hurt the industry,” he says. “We’re concerned with imports and some domestic shippers treating pears with 1-MCP. These pears stay green and hard and don’t ripen properly. Consumers end up with a less than good eating experience. In the end, its use is detrimental to the pear category.”