"Lots of delays due to severe weather, but trade will normalise in a few weeks"

Wim Isings has been living in Spain for half a century now, but the severe weather that has struck Spain over the last month shocked even him. "We experienced this thirty years ago as well," says the Dutchman, who is now 86 years old, but still fully invested in working for the company Explotaciones Fincas Iberia, that he founded two decades ago near the Spanish city Alicante.

"We are still afloat," says Wim. "The floods hit the region quite severely, but we came off quite well. It has caused a lot of unrest in the trade, as people can't meet their agreements. A lot of lettuce and broccoli traders don't have trade to export. I expect the market to go back to normal in a few weeks." 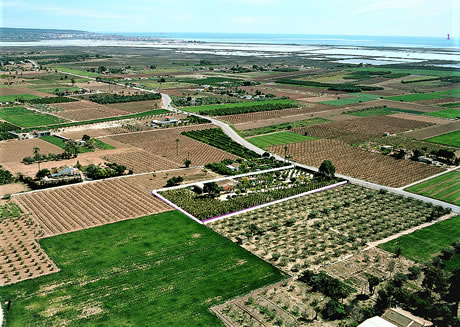 "The damage is very dependent on the location, but in general products like lettuce, endives and broccoli have been hit hard. In our higher plots with little gem and leafy parsley, among others, we haven't been affected by the weather. The cultivation of other herbs has been slowed by two to three weeks. Annoying, but not anything that will ruin the coming season for us," says Wim. "Privately the problems are more serious when you see how many houses and basements have flooded. Thousands of people have been evacuated. The insurance companies are overflowing with claims."

Wim is hopeful for the winter season. "The fair in Madrid is an important meeting place for us to make contacts. Despite Brexit we hope to continue to trade more with the United Kingdom this year, and I am also optimistic about the trade with cutters in countries like Belgium, Germany, France, the Netherlands and Denmark. A large share of our trade rests on these contracts these days."